Steve Inskeep: Three songs that will change how you write for radio 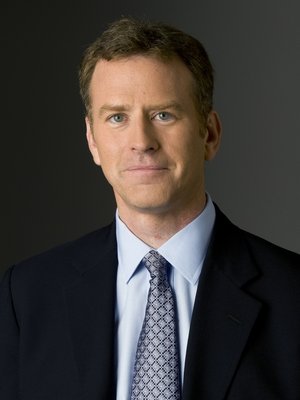 When it comes to writing for radio, where does Morning Edition host Steve Inskeep find inspiration? In great lyrics.

The structure of a great song parallels a beautifully written radio story. That was the subject of a talk Steve gave to the staff of Morning Edition. He played examples of songs that get right to the story, tell it concisely, keep a real person in the foreground, and of course, they’re written for the ear.

Here are three songs that illustrate this idea.

Give “Busted” a listen here.

Listen to why Steve thinks “Busted” is particularly inspiring:

The Takeaway: The story dives right in with an individual story, not a general statement about the facts. It is focused and detailed. And yet this one story has the ability to explain a much larger context.

Then hear Steve explain to the Morning Edition staff why “Thunder Road” is a textbook radio example:

The Takeaway: Description on the radio should be vivid, yet spare. Fewer words are better. And verbs can be more powerful than adjectives.

“The screen door slams. Mary’s dress waves.
Like a vision she dances across the porch as the radio plays.”

Take a listen to the song (or read the lyrics here).

This is a lesson on story structure. “Tom Ames’ Prayer” appears to be about a gunfight, but ends before the gunfight even begins. Here’s Steve’s take on that song and how it’s influenced his approach to story structure.

The takeaway: Think hard about the essence of the story you are trying to tell. Where do you want it to begin? Where do you want it to end? Here’s that scene from Steve’s 2009 reporting trip to Iran – for the 30th anniversary of the Iranian revolution and the country’s now struggling economy.  He meets an elderly woman looking for an apartment at a real estate office. The way he ends the story may surprise you:

We never enter the woman’s apartment in Steve’s story. It ends with the long climb to it – in much the same way “Tom Ames’ Prayer” ends before the gunfight.

Like a great songwriter, use words that put images in our heads. And make sure those images point the way toward the larger, grander themes.