How a radio show can make great web content 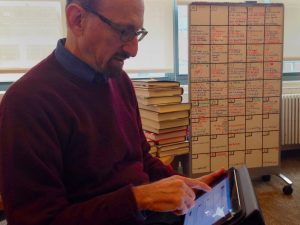 Taking time to make show segments more web-friendly is not easy for many shows. To hear more about how one show does it, we turned to Jody Avirgan. At the time we spoke to Avirgan, he was a producer for WNYC’s midday talk show, The Brian Lehrer Show. Avirgan was responsible for the majority of the show’s digital presence, but was also a full time producer for the show.

Here are two tips he shared for setting priorities and finding time:

Put a plan in place for online stories in your workflow

Avirgan carved out time to refresh online content between booking guests, researching and writing questions and preparing for the next day’s show. “The show’s going from 10-12, I have 15 minutes at 11:30, I am going to listen back to a segment that aired at 10:25 and write up some great quotes,” Jody shared. Then, before the show is even over, a segment is updated online.

Avirgan’s system for prioritizing what his web work was simple: pay attention to what people are already gravitating towards. Check in on Google Analytics, Chartbeat and even what is getting traction on Twitter.

Now that you’ve thought about when you’ll do the work and have one way to know what you’ll prioritize, use these four methods to add more digital-friendly content to your show pages:

Updating a headline, adding a news worthy quote, or a picture taken in studio takes very little time and can help keep posts dynamic and engaging.

Take a minute and ask yourself, “Have I already done work in prep that can be used on the web?” A list of important facts for the host to remember or leftover questions that didn’t get answered could turn into a great web post.

For example, Avirgan used Method #2 to take prep work he had done for a Super Bowl segment on the show and create this post comparing Seattle and Denver census data.

Use live-tweets in posts

Often The Brian Lehrer Show’s best web original content comes from a basic curiosity that the team has about New York City, politics, or something else.  They answer the question in a web-only post, and if it resonates with the audience, they consider doing a segment on the curious question at a later date.

For example, one of these posts, A Running List of What We Know the NSA Can Do. So Far, was picked up by Slate, and eventually inspired an on air segment for the show. They don’t have to be long. Quick lists or important facts can engage people beyond your regular audience and serve how people read online.

A version of this post originally appeared on ds.npr.org in March 2014.