Use targeted search terms to unearth sources on social

The next time you’re looking for a source on social media, consider the wise advice I picked up from Daniel Victor of the New York Times in this Medium post, The one word journalists should add to Twitter searches that you probably haven’t considered.

Victor writes about how he was tasked with finding people who were on airplanes where Hasidic Jewish men tried to avoid being seated by women who weren’t their wives. He writes about his search:

Journalists are trained to think in keywords. If tasked with finding these sources, most would probably start with words like Hasidic, flight.

But that search is horribly noisy to the point of uselessness. “2-month-old Hasidic boy dies after brother drops him down flight of stairs.” “Hasidic man dies mid flight from Florida to New York.”

Let’s try some more terms. Some people probably don’t know the word Hasidic, so they might just say Jew. Or maybe they’d go with Orthodox. You probably want Jewish in there.

These are the words our SEO-addled brains come up with. But for successful needle-in-a-haystack-finding, you need to shake your brain out of that mindset and add a new kind of keyword.

You probably skipped right over the most important word used by the five sources above. It’s everyone’s favorite word, and one you should add to any Twitter search that’s seeking personal experiences:

Most people relating a personal experience — aka, good sources — will use it. Most people observing from afar — aka, useless sources — won’t.

His techniques also work for breaking news stories. In May 2015, after an Amtrak train derailed near Philadelphia, I started searching for sources using combinations of “keyword” + “I” / “me” / “my.” I used phrases like “my train crashed,” “my train crash safe,” “amtrak crash ok” and “I know train crash” to find people who were on the train or connected to the crash in some way.

Here’s a sampling of the posts I found using this method: 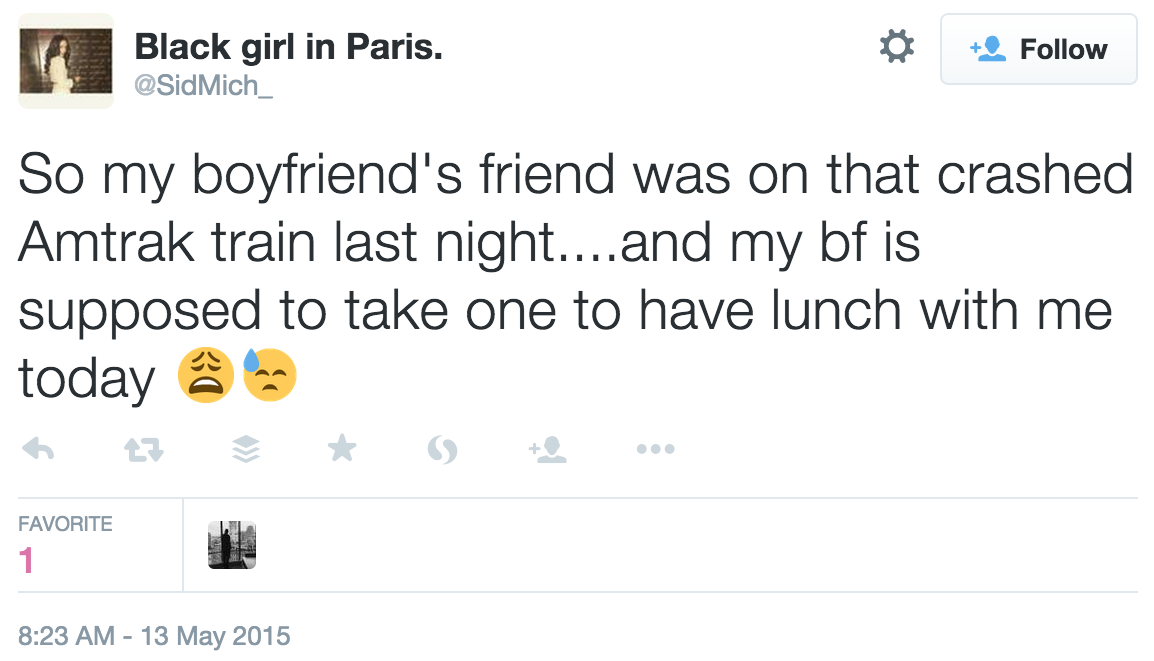 On reddit, I dove into the /r/philadelphia and /r/news subreddits, which both had threads on the crash. In those, I browsed through the comments and, like on Twitter, searched for mentions of “my.” Using that technique, I found the person below, who mentioned that their dad was on the train.