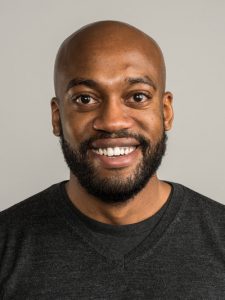 We asked Sam Sanders, NPR Reporter, Washington Desk and cohost of the @nprpolitics podcast about his media habits: “what – and who – are you paying attention to?”

What’s been good on the Internet recently?
The new and improved MTV News. I’ll never forget the top of the hour news updates on MTV in my younger years. They were so, so, so good. But for a time in my adulthood, it seemed MTV News had lost its way. That’s changing. The site has recently bolstered its online news team with a LOT of great writers, many coming from the now defunct Grantland. Though it’s still finding its voice, the improved MTV News is fresher and more engaging than it’s been in years, and I only expect it to get better.

What are you listening to/watching these days?
The new Miike Snow album. It’s slightly trippy, quite emo, and just experimental enough that you catch something new every time. Also, Spotify’s Discover playlist, which reads my picks and selects new music for me, is getting better, and giving me something new and fun to listen to every week. And the usual podcasts of course: Planet Money, RadioLab, The read (careful, this one’s NSFW), and my own ;-), the NPR Politics Podcast (SHAMELESS PLUG!)

Fav people to follow (online)?
@thinkpiecebot on Twitter. It mocks Internet think piece titles with tweets like “We’re Approaching The Y2K Bug All Wrong & How To Use Gourmet Hot Dogs To Fix It” and “Is The Simulation Hypothesis Why Kids Keep Cold Brewing.” It’s the perfect send-up of our current hot take culture, and it never gets old.

Who do you want to hear from? Let us know @nprtraining.