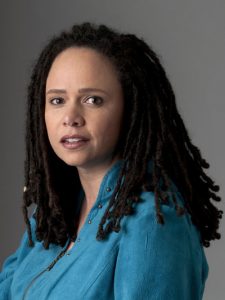 We asked Korva Coleman, NPR newscaster, about her media habits: “what – and who – are you paying attention to?

What’s been good on the internet recently?
I’ve been trying to scoop up as much political news as I can, so I’ve been looking around to find different angles of presidential campaign coverage. That may be deep dives by the magazines of the New York Times to Politico, as well as coverage from the Los Angeles Times and the Atlantic. I’m also interested in news from my hometown, Phoenix, so I’ll regularly click over to AzCentral.com or KJZZ.org for the latest.

Fav people to follow (online):
A few people I like to follow on Twitter include Joy Reid @joyannreid of MSNBC; Jamelle Bouie of CBS/Slate @jbouie; both cover politics as well as African American political thought and discourse. Another person who’s interesting to me is Antonio French @antoniofrench, a St. Louis city alderman. I started following him during the unrest in Ferguson because he was such a valuable source of information. He was constantly on the streets working to calm angry people, and he frequently tweeted and shot video that showed many protests and often, the other side of the story that was being reported. Now, through his tweets, I’m seeing what’s important to African American residents in St. Louis, such as school board elections and bond issues – who’s getting tax dollars spent on them, and for what.

I have also been following BlogsofWar.com, which has a helpful Twitter feed. It started years ago to cover the Iraq war and has since expanded to international conflict in general, and some technology issues. Author John Little includes surprising posts. Most recently, he featured a fascinating article from an unnamed friend of his who discussed her life as a Muslim woman in the U.S. and Egypt.

Whatcha listening to these days?
As for what I’m listening to – since the political environment has been so relentless this summer I’ve retreated to my IPod for music, and I’m turning to old Motown favorites for relaxation.  Earth, Wind and Fiyah!; Rev. Al Green and Sly and the Family Stone (listen to the voices).