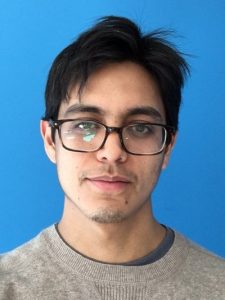 We asked Adrian Florido, a reporter for Code Switch, about his media habits: “what — and who— are you paying attention to?

What’s been good on the internet recently
The New York Times had an incredible photo essay about eleven of the dozens of women who were raped and tortured by police during the crackdown on protests in San Salvador Atenco, in Mexico State, ten years ago. A black and white portrait of each victim, accompanied by a single quote— at most two or three short sentences. A simple idea. Yet the quotes are so contemplative, agonizing and vulnerable that you get a sense of the tremendous amount of time and sensitivity it required from the reporters to get the women to share so openly.

Read it in the original Spanish if possible. If not, The Times has an English version too.

What are you listening to these days?
The Preservation Hall Jazz Band. I’m a big fan of traditional New Orleans jazz. My favorite iteration of that band is the one led by “Sweet Emma” Barrett. I’ve been listening to her version of “Closer Walk With Thee” on repeat for months, and I’m still not tired of it.

After Juan Gabriel died a few weeks ago, I spent about a week being nostalgic and listening to him nonstop. And Los Tigres del Norte are always on my playlist, because they and Los Alegres de Teran are the best.

Fav people to follow online.
I don’t follow anyone religiously. But I’ve been digging everything that Jay Caspian Kang has been writing about race.