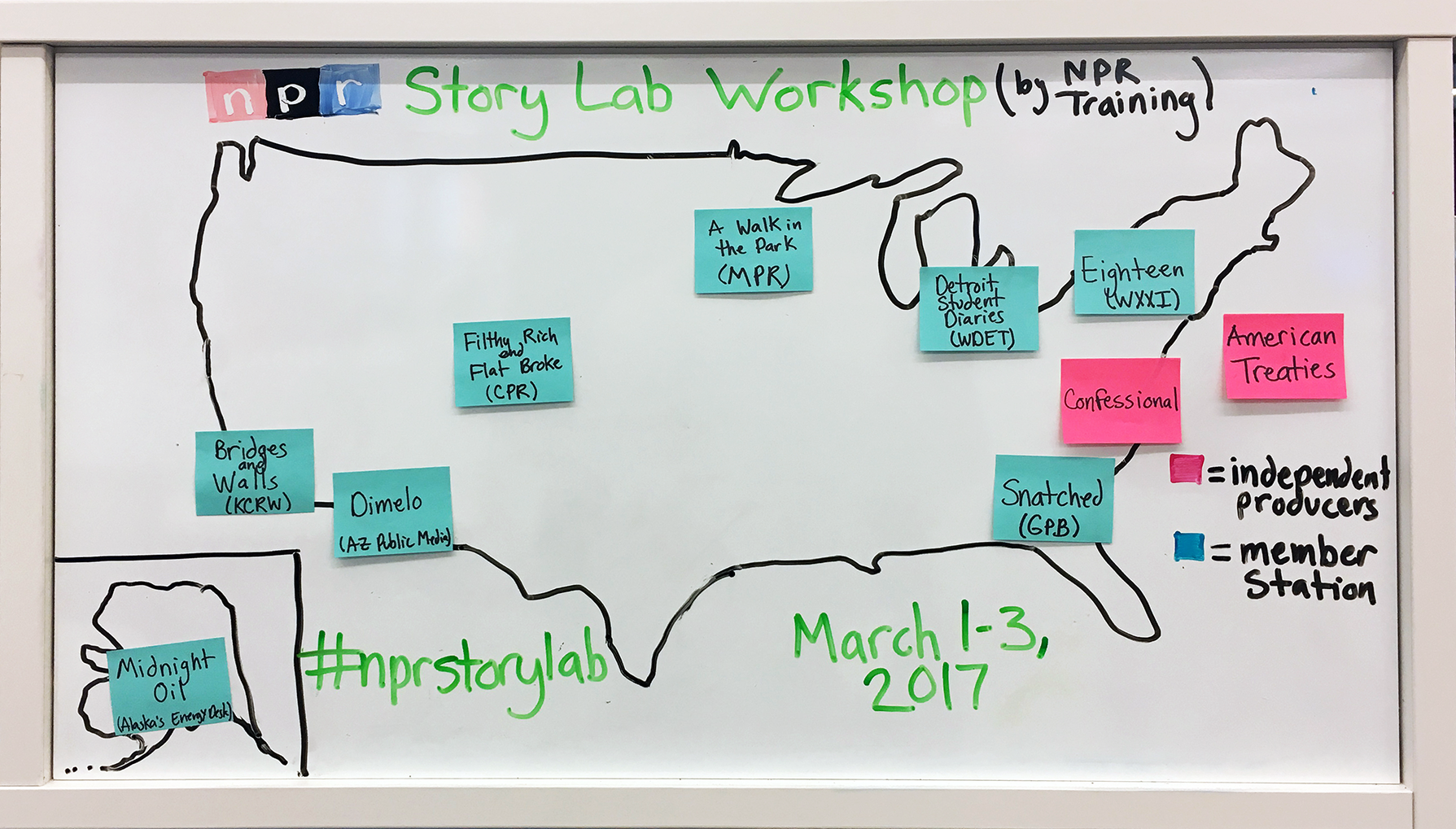 In partnership with AIR, NPR invited Member station staff and independent producers to pitch ideas for audio storytelling projects that will break traditional formats and reach new audiences. During the workshop, the selected teams will work on their projects with mentors from across NPR, while attending workshops designed by the NPR Training team to foster innovation in journalism and storytelling.

Teams may also be considered for a piloting agreement with the NPR Story Lab and may receive additional financial support of up to $10,000 to help develop their project.

We received over 180 applications from all over the U.S. and beyond. Every application was reviewed by a team of judges, including people from the NPR Training team, NPR Story Lab, NPR journalists, Member station WAMU, and AIR. There were some fantastic ideas and it was a challenging process, but through careful debate we reached consensus on the 10 teams selected to participate in the workshop.

Here they are (with working titles that may change):

A series of stories exploring America’s past and present through the lens of historical treaties signed by Native Americans and the U.S. government.

A project using confessional narratives to explore the shadowy space between right and wrong.

A collaborative storytelling project that challenges Detroit high school students to take back the narrative of their troubled school system and tell their own stories.

A crowd-sourced storytelling initiative created as part of Localore: Finding America that gives members of the community an opportunity to share stories of identity and belonging in a diverse desert city.

A collection of first-person stories revealing the experiences of people with disabilities as they navigate a universal experience: the transition from childhood to adulthood.

An in-depth exploration of a policy — the Taxpayer Bill of Rights — that has shaped Colorado, its economy and its politics, through the narrative of the policy’s creator.

A series of stories about the trans-Alaska pipeline and how it reshaped Alaska’s economy, its life and its landscape, 40 years after the pipeline began operation.

A series of stories about the Atlanta Child Murders 35 years ago, exploring how crime, racial politics and collective trauma can shape a city long after a case is closed.

A reporting project about life in mobile home communities across Minnesota, in an effort to transcend stereotypes and understand an increasingly “purple” state.

We’ll keep you posted on the projects as they develop during and after the workshop. Meanwhile, congratulations to the selected teams!