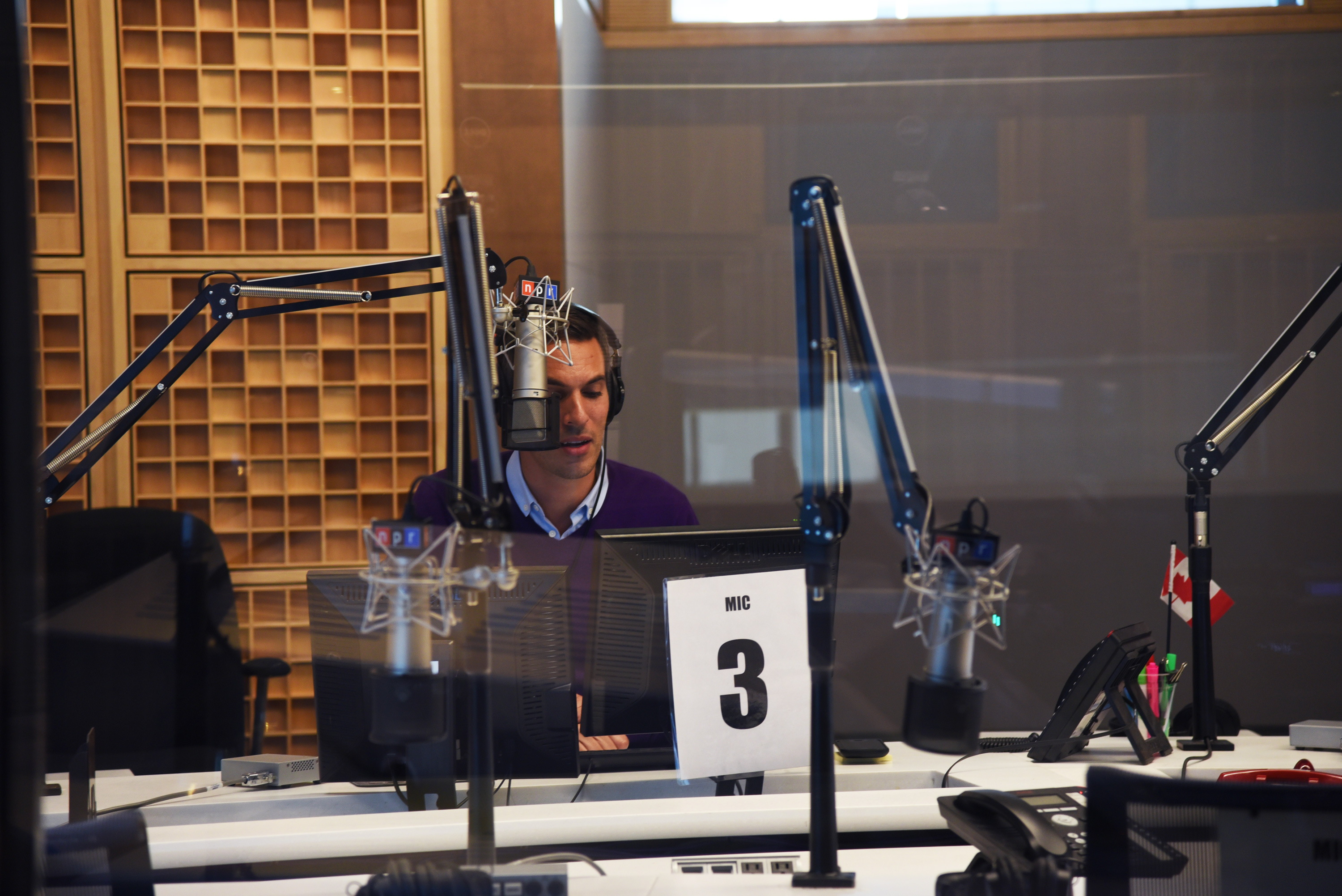 Intros can make or break your story. They are hard to write well. It’s also hard to lay down laws about intros. Their success depends on the voice that delivers them and the nature of the story they serve. But we’ll try, based on a few examples below. (You should also check out Radio intros: 7 tips to keep listeners from turning off the radio and What NPR One can teach us about radio intros).

Please note: The intro’s natural habitat is sound, not text. So listen to the beginning of these files, and then use the text of the intro as a secondary reference!

News of the day

Just because a story is the day’s top news doesn’t mean its intro can’t be creative or narrative-driven.

“Around the country, Chrysler dealers were waiting today for just one guy to walk onto the lot — the UPS man. UPS delivered special letters from Chrysler headquarters this morning, telling dealers whether or not they would survive. One quarter of them got bad news. Chrysler plans to shut those franchises as part of its restructuring and bankruptcy court. NPR’s Martin Kaste has details.”

If I say to you, “Let’s talk about congressional redistricting!” your eyes may glaze over. So every time a reporter or host has to take on this topic — or other complicated, wonky subjects — they face the challenge of reminding us what the heck it is and why it matters. Nina Totenberg, along with editor Ron Elving, succeeded in this Morning Edition set-up for the day’s Supreme Court arguments.

“Take a look at a congressional district map and it sort of looks like a madman’s jigsaw puzzle. The reason is in part that district lines are drawn by state legislators who try to help their own parties. That’s why some states — California, Arizona and others — have tried setting up independent commissions to draw those maps. It was 15 years ago that Arizona voters created a redistricting commission. Its map was immediately challenged, and now the Republican-dominated legislature has taken a challenge to the commission’s very existence all the way to the Supreme Court. NPR Legal Affairs Correspondent Nina Totenberg has the story.”

There’s the story … and then there’s the ‘big idea’

Our job is not only to communicate news and information, but also to explain to people why they should care. Sometimes, that means starting your intro with a big idea, rather than the story itself.

“Some childhood mysteries, we try to hold onto with all our might — but others, well, offered a peak behind the curtain, we snatch it. Case in point — last year the South Dakota Historical Society published the annotated autobiography of Laura Ingalls Wilder, author of the Little House books. Her memoir, titled Pioneer Girl, sold like hot johnny cakes fried up in bacon drippings. The initial print run of 15,000 was snapped up in just a few weeks. Last week, another 15,000 copies were sent to hungry readers and now the Historical Society is waiting on a third run of 45,000 copies. Nancy Koupal joins me now. She’s director of the South Dakota Historical Society Press …”

Remember: You’re putting on a show

Intros aren’t just informative bits of “copy.” They are opening acts in a show, whether it’s Morning Edition or All Things Considered or your local newsmagazine. That means your host doesn’t just “read intro copy.” Your host is effectively performing. And sometimes, you can have fun with that. Like this All Things Considered intro, with Audie Cornish and Ari Shapiro:

Don’t give away the punch line!

When important news is happening, intros should indicate something about what happened and why it’s important. Anything else would be irresponsible journalism. But sometimes, intros should not reveal what happened. In fact, most radio features should point towards an event, a journey or a revelation … without giving it away. Here’s a whimsical example from Ofeibea Quist-Arcton:

“We’re ten days from Inauguration day here in Washington. Ghana already had a presidential inauguration last weekend. And it had a surprising resemblance to past inaugurations in the U.S. You really have to listen for yourself to NPR’s Ofeibea Quist-Arcton.”