What's in your bag, Amanda Aronczyk?

Amanda Aronczyk of WNYC’s Only Human recently covered the presidential inauguration and women’s march in Washington, D.C. She had to prepare for a unique set of challenges: rain and cold temperatures, restricted mobility and potentially long stretches with no access to power. Below, we peek inside her kit. 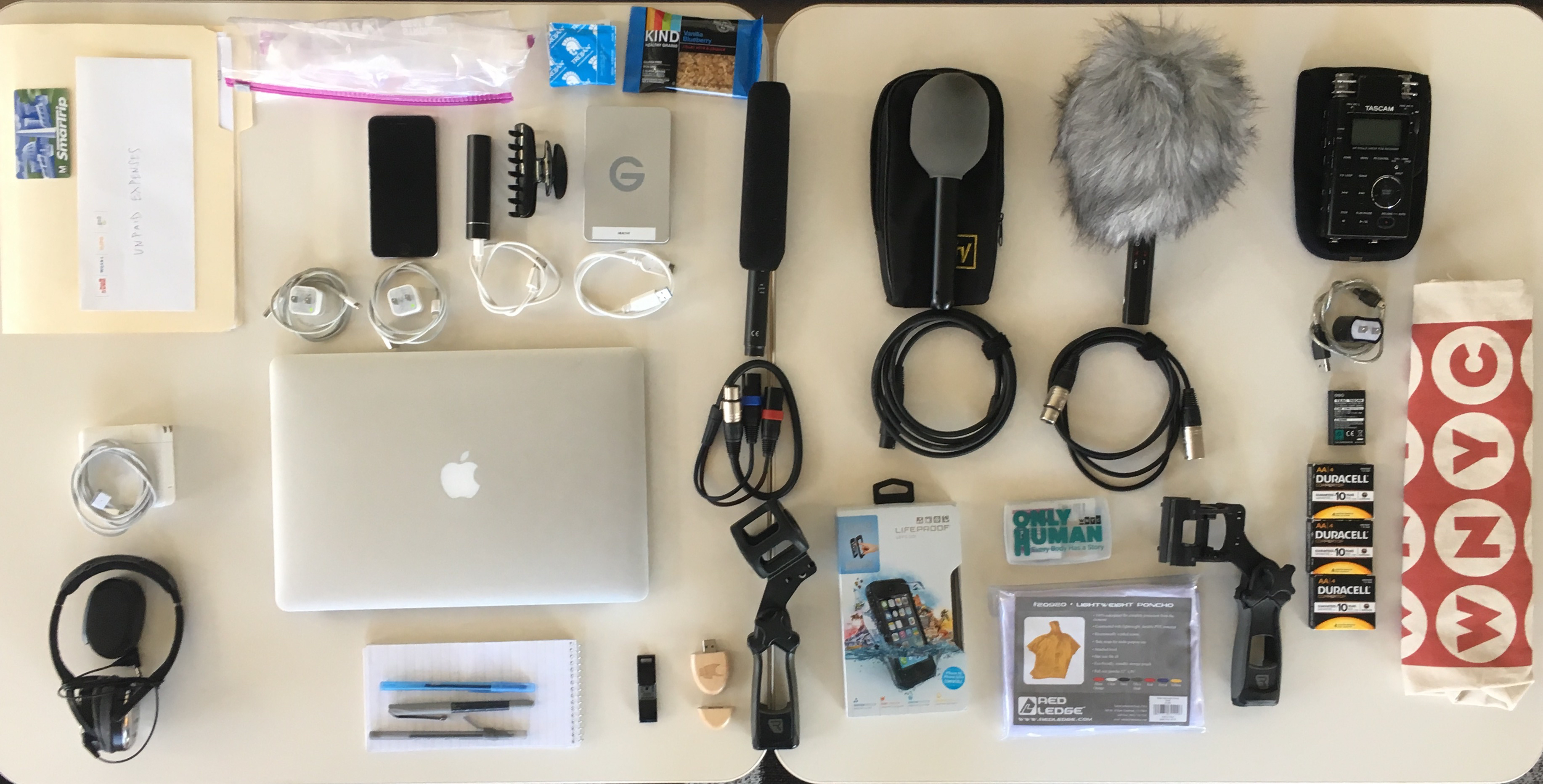 This gear bag is a fraud. Sort of.

I usually go out with my ancient Marantz 660 wrapped in a small blue hand towel and stuffed into an old headphone bag. Not so pro. But prior to leaving, I was assisted by the amazing WNYC engineer Cayce Means who took complete control of the situation. He helped me plan and ensured my gear was top notch.

The forecast for the inauguration was rain, rain, rain — and umbrellas were prohibited. Cayce and I (along with input from super-engineers Rob Byers and Michael Raphael) implemented what I call the “poncho strategy:” a poncho for me and a poncho for the mic. My poncho was somewhat sheer so I could see my gear through it. My mic’s poncho was a condom (seriously!), which I didn’t end up needing (and feared would make more of a statement than I intended anyway).

Because I also needed to file audio from my phone, I bought an indispensable waterproof phone cover (aka a poncho for the phone) and Ziploc bags for the recorder (a poncho for … you get the idea). 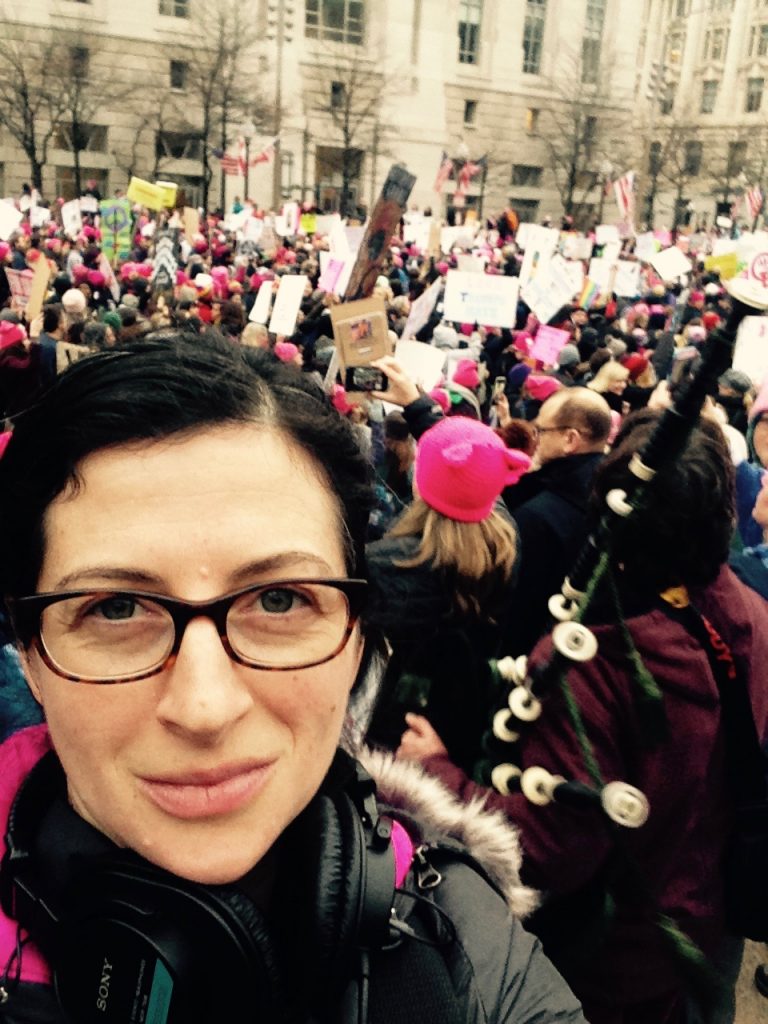 A selfie while covering the Women’s March on Washington on January 21, 2017. Yes, those are bagpipes in the background. (Amanda Aronczyk/WNYC)

Extra stuff I brought to D.C.:

Gear I brought in case of rain:

In the end, there was less rain than I expected and I only needed the poncho for my iPhone. That saved me — otherwise I couldn’t have filed anything without getting it wet. I was really happy to have Cayce’s input as I prepared for the gig … and now I have a poncho for every situation.

The one problem I didn’t anticipate was how poor cellphone reception would be in a big crowd. That meant that sending audio or photos to the WNYC newsroom was almost impossible. If you’ve seen aerial photos of the inauguration, you know that it’s tiered into different sections. I had to head to the back of my section to get reception and even then it was very slow. Next time I will look into using an alternative way to get my data transferred.

I filed a few brief interviews with New Yorkers who had traveled to the inauguration and sent photos to our social media team, but was unable to do a Facebook Live video as hoped. I also collected audio on the Tascam for an Only Human story about crowd psychology.

What’s in your bag? is a regular series about the tools used by people in public media. We all use the basics (i.e. a mic, headphones), but the way we personalize our kits is where things get interesting — and where we can learn from each other.

Production What's in your bag?