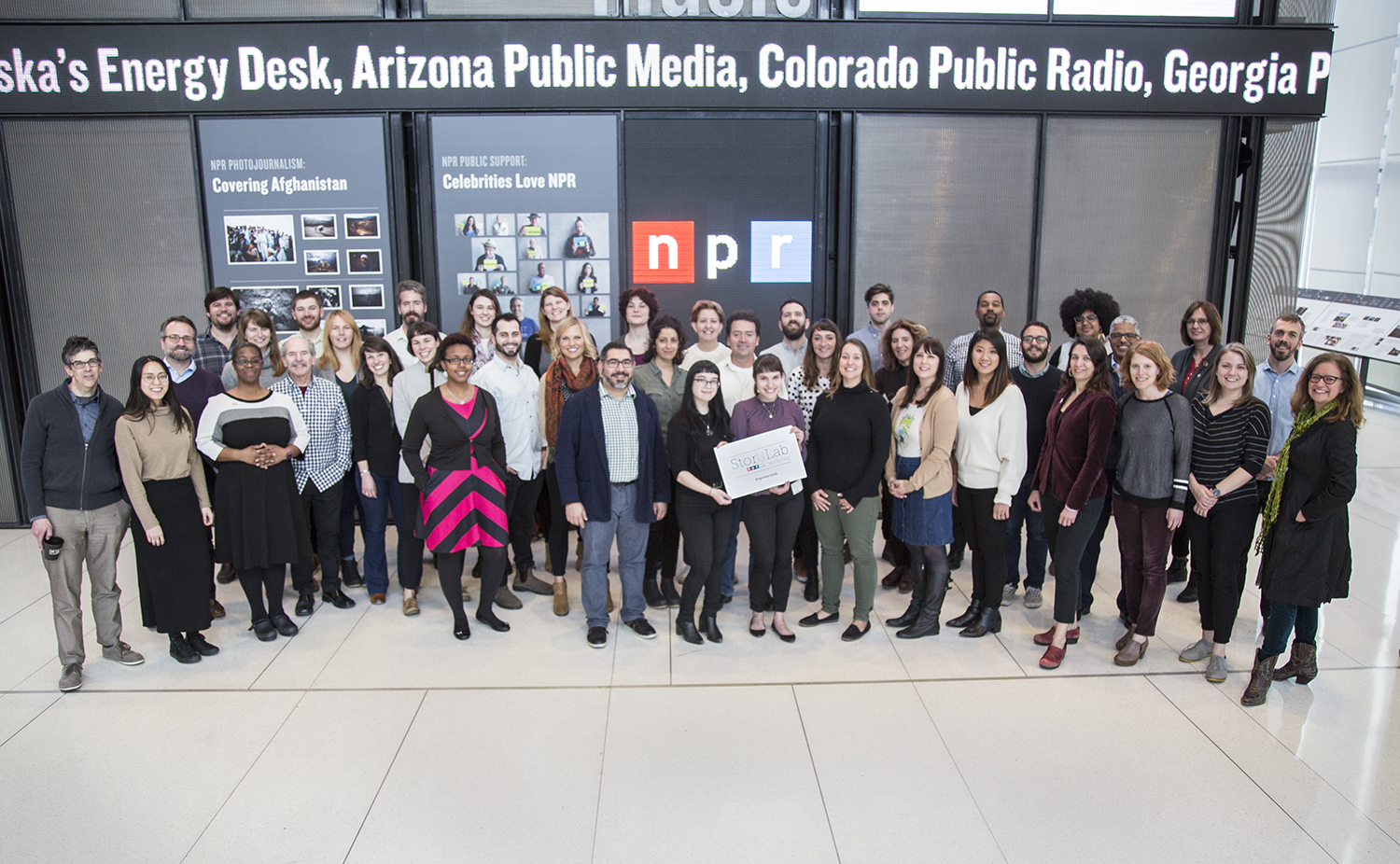 This week ten teams traveled from across the country to NPR headquarters to attend the Story Lab Workshop. They were chosen from among 180 applicants to spend three days incubating audio projects for broadcast, podcast … and beyond. With the support of NPR mentors, the teams took part in brainstorming, project design, training and networking. On the final day, each team presented their concepts, challenges and next steps.

Below, you can get a taste of the teams and their projects:

No pipeline has had a bigger impact on a state’s economy and culture. This narrative-driven podcast will tell the story of the Trans-Alaska pipeline (40 years after it began operating) and explore the opportunities and challenges it presents in Alaska today.

A series about people with disabilities as they confront the transition from adolescence to adulthood. These stories will reflect the universal search for independence, identity and belonging.

A multi-platform series called Inter(Nation)al, telling the secret history of modern-day America through the lens of treaties between Native Americans and the U.S. government.

A series called “Bridges and Walls,” as part of the team’s KCRW program, DnA: Design and Architecture. The stories will explore physical and metaphorical walls and connection points — and how they shape and change communities.

What’s the worst thing you’ve ever done? This podcast is called Confessional, and it explores the shadowy space between right and wrong. It will present intimate, personal narratives about the choices we make and how we feel about them.

A podcast called Snatched, about the impact of the Atlanta child murders on the city’s identity today. It’s not a crime drama or detective thriller; it’s a series about problems of memory and the strange benefits of collective trauma.

A community-sourced storytelling project called “Dímelo” (“Tell me”) about life in the Southwest. Stories are gathered via artistically-designed mailboxes placed around Tucson and then developed for broadcast, podcast and live events.

A series of stories that begins in mobile home communities in Minnesota. The project will explore how Minnesota life is changing in places where state policy, economic challenges, urban development, immigration and culture intersect.

A storytelling collaboration with Detroit students called “Homeroom” that seeks to understand and share student perspectives in the city’s notoriously struggling schools.

A rollicking, raucous, narrative-driven series about …. tax policy and power.  Seriously. These stories will tell the history of Colorado’s Taxpayer’s Bill of Rights, its consequences and the complicated crusader who created it.