What's in your bag, Tim Nelson?

For this installment of “What’s in your bag?,” Tim Nelson of Minnesota Public Radio shares a glimpse inside his incredibly large and extensive kit. While it is certainly more in-depth than most, this kit allows Tim to be ready for most any situation the news can throw at him. You’ll be hard-pressed to walk away without a couple of ideas for your own rig. 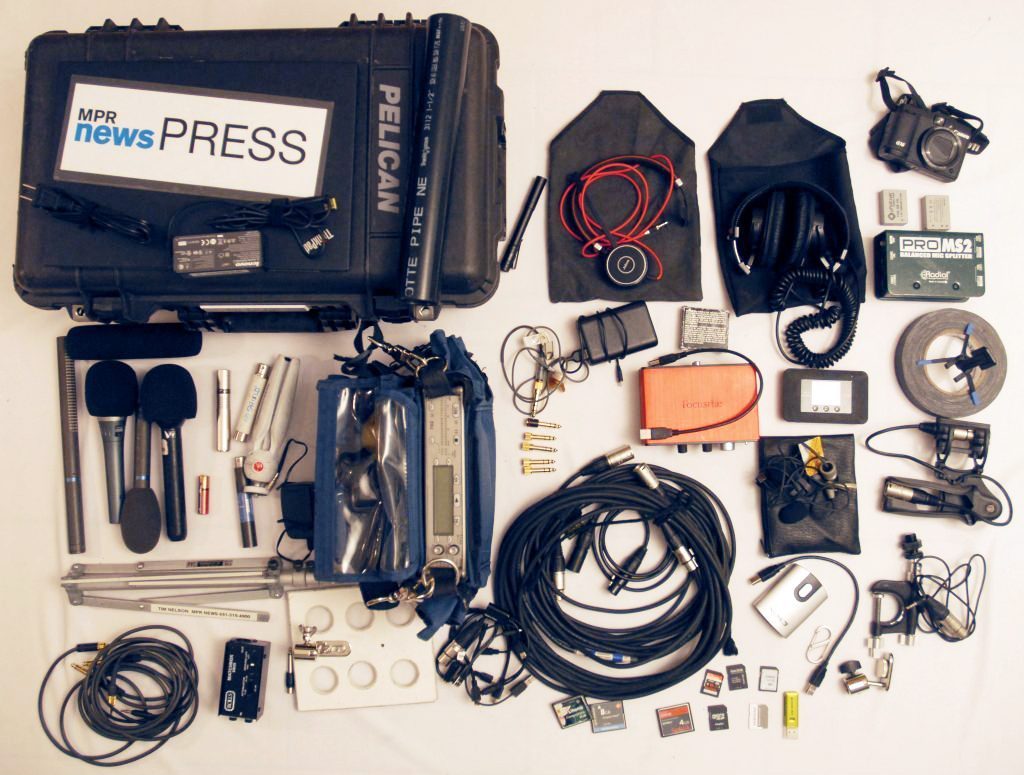 Early in my career, there was a lot of emphasis on mic work and gathering sound. As time has gone on there have been two key developments.

First, the proliferation of all kinds of devices has put sound in lots of weird places (coming out of televisions and laptops, automixers, streaming boxes, phones, you name it) and I have had to come up with ways to connect to literally anything I find carrying an audio signal.

Second is speed. It simply isn’t practical anymore to just record audio and then FTP it back to the studio after the fact (let alone drive it in the car).

I have responded in two ways:

I have massive, massive amounts of equipment. Most of it is jammed into a Pelican 1510 rolling case, because the Portabrace bag I used to carry was starting to damage my shoulder.

Here’s what I carry with me everywhere:

(Ed. note: that’s a ton of mics! Check out our post on microphones for help making your own choices.)

I made this custom mic holder for pressers (press conferences). I spend a great deal of time around TV cameras, so I carry this set up to both accommodate them (it keeps me out of their shot) and hem in uses that aren’t compatible with good sound. It will hold a dozen mics if you include wireless mics clamped to the posts to accommodate the TV crews. I intentionally made it too small to put iPhones on it — to thwart RF interference and so that speakers can’t put papers on it or pound on it and wreck my sound.

In the trunk of my car, I also have a Manfrotto video tripod, a mic boom pole, a 100-foot mic cable, and a 50-foot power cord. I also have an entire video kit with a broadcast-quality HD video camera with batteries and charger, Sennheiser wireless mic kit, 25-foot mic cable, Sony MDRZX110 headphones and a Shure SM-58 mic. 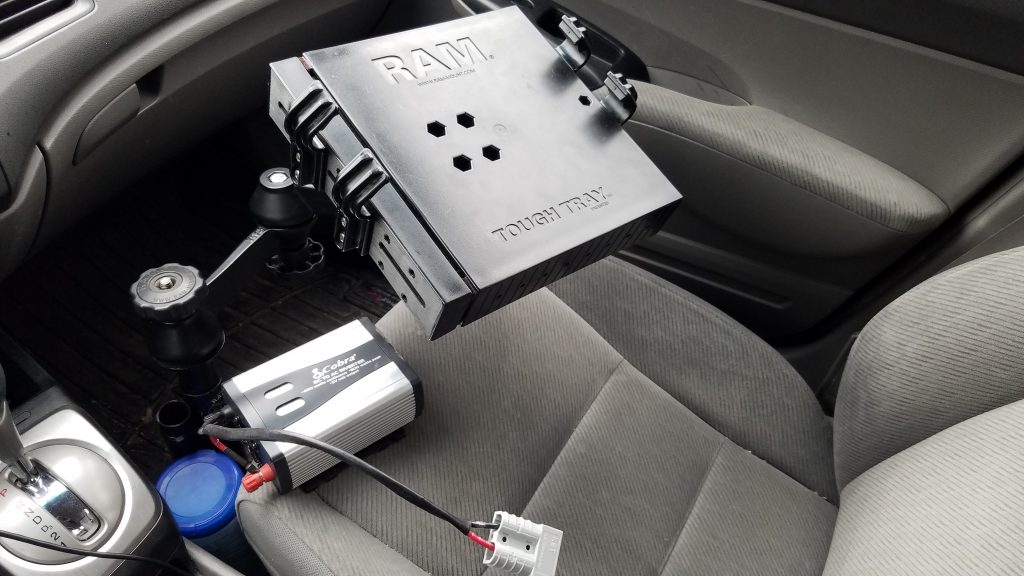 Tim installed a laptop tray and 400W power inverter to reliably report and file from his car. (Tim Nelson/MPR)

I also have a RockNRoller MultiCart in my back seat with a bungee cord to strap everything down for hauling. To make working in the car easier, I have a RAM Mounts Tough Tray universal laptop holder bolted to the front passenger seat and a 400W inverter wired directly to my car battery so I can run my laptop or any other device without the engine running.

What’s in your bag? is a regular series about the tools used by people in public media. We all use the basics (like a mic and headphones), but the way we personalize our kits is where things get interesting — and where we can learn from each other.

Whose bag should we open next? Let us know at trainingteam@npr.org or on Twitter!

Recording What's in your bag?