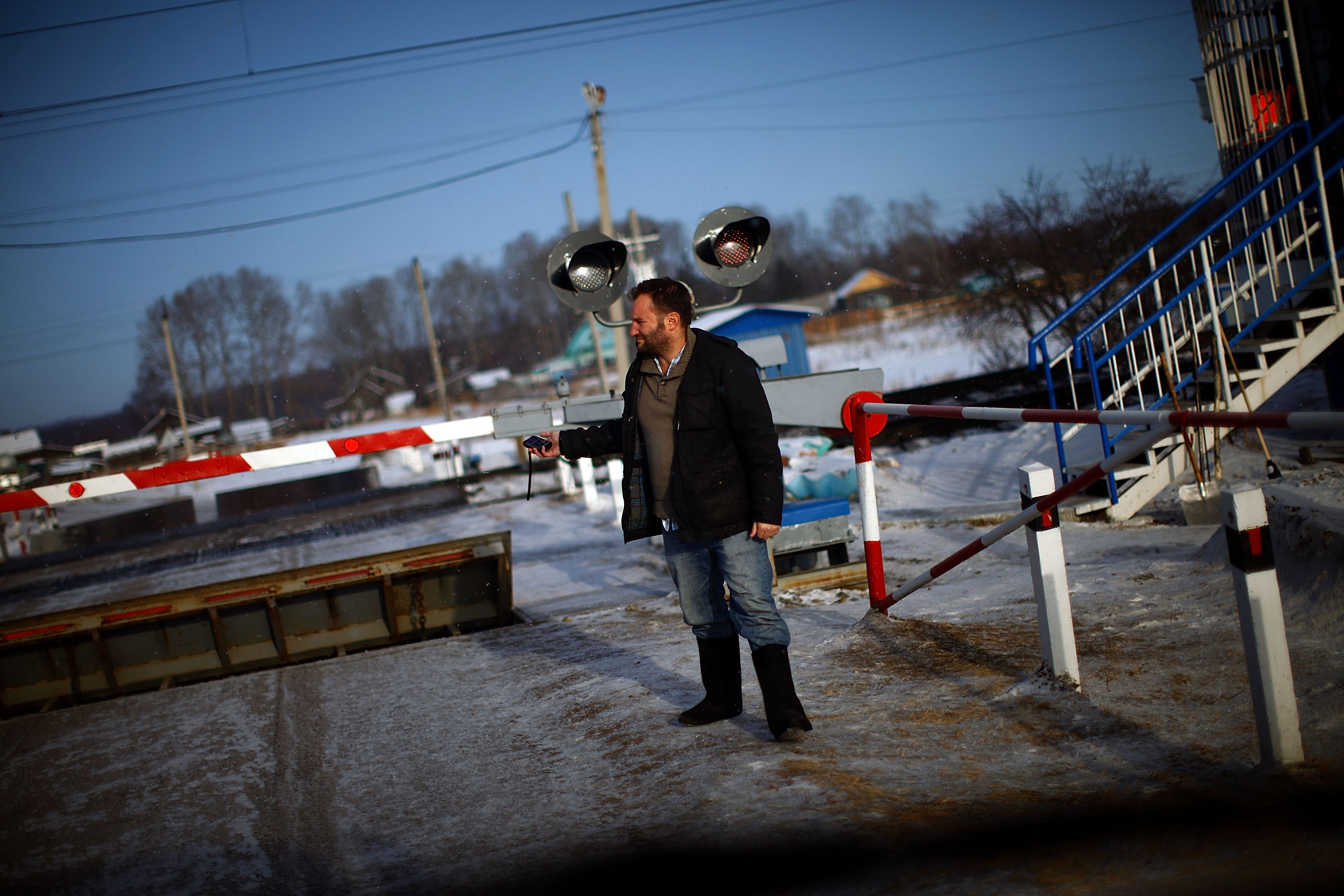 In 2011, when David was NPR’s Moscow correspondent, he reported stories along the Trans-Siberian Railroad from Moscow to Vladivostok. (David Gilkey/NPR)

Editor’s note: Morning Edition host David Greene is one of many public media journalists who has successfully made the move from print to radio journalism. This essay is part of a larger project about the fundamental differences between the two mediums.

My first day at NPR was Valentine’s Day 2005. And I was feeling the love, which is a lot to ask from a news organization dedicated to the art of sound. After all, I was a print guy whose radio experience amounted to playing with toy microphones as a kid and doing the morning announcements over the intercom in high school. But the great thing about NPR? It’s a nurturing place full of people eager to help you adjust, so long as you don’t let your ego get in the way.

I listen now to my earliest stories and, yeah, I cringe. But learning radio takes patience and practice. I still remember so many of the early tips I heard. One came from then-National Editor Ellen Weiss, who critiqued this story I had done in Virginia farm country about the U.S. Department of Agriculture placing government-paid “news” spots on local radio.

Ellen loved the sounds I collected and said I really took her on a journey. But why, she asked, did I include a piece of phone tape from a scholar at Harvard in the piece? I interrupted the journey and took my listeners out of Virginia, she said. You don’t think about that as a print reporter.

And there’s all the advice I got from Don Gonyea, my partner on the White House beat, my radio mentor and my dear friend. He told me to file as many spots to the Newscast unit as possible; that the more practice you get writing for radio and recording tracks, the more improvement you’ll see. He was right.

He also said to treat even the most routine piece — wrapping up a news conference, for example — like a mini-movie. What’s the opening scene that will draw listeners in? Again, not the approach you take to a newspaper story. And Don said I should always look for those little moments: something visual you can describe, or a quirky or unexpected bit of sound that will tell the story; ideally a combination of the two.

I remember the eureka moment when I put this advice into practice. I was covering a visit by Afghanistan’s president to the White House. Hamid Karzai and President George W. Bush were celebrating democracy, but wow, was there evidence before my eyes that Afghanistan had only come so far.

Most of the seats reserved for Afghan press were empty because the Afghan government didn’t let the “free” press from the country travel. Illustrating that detail, to me, distinguished my story that day as a truly NPR piece.

DAVID GREENE: [I]n the East Room today, a seating section reserved for Afghan journalists was nearly empty. White House officials rushed to fill the chairs with American reporters, and the two presidents seemed surprised when they turned to see if any foreign journalists had questions.

Pres. BUSH: Somebody from the Afghan press?

GREENE: Only one newspaper reporter had traveled to Washington with Karzai. Nine other reporters were supposed to make the trip, according to a spokesman for the Afghan president, but the Karzai government decided in the end to prohibit them from traveling.

As you begin your own career in radio, here are a few general pointers from a fellow print refugee:

Forget everything you know. But don’t!

Radio is an entirely different art form. The writing is different. For one thing, mediocre quotes don’t undermine a newspaper story — you can make up for it with great writing. But boring tape can kill a radio story. A written story may be all about putting the news and purpose at the top. A radio story can be all about an opening scene that draws listeners in.

Be willing to learn the new art form. But the fundamental principles and values of journalism are the same. Truth, accuracy, fairness. Don’t lose the foundation even as you redecorate.

The print-to-radio transition will be a mess if you have the mindset that you know everything you need to know about journalism; that you’re just changing the medium. So what if you have to say the words you’ve written into a microphone, right? No. Lose the ego. It’s OK to feel like a veteran journalist, to have confidence, and to also admit that you’re trying something completely new and desperately need advice.

We all had writing teachers tell us to “find your voice.” And we all worked hard to discover that distinctive style in crafting prose. Radio takes the same kind of effort. It’s intimidating sitting behind the microphone. It will take a little time to relax and avoid constantly trying to sound “broadcastery.” Once you get into that groove, start finding you. Bring your personality into your storytelling. Let listeners hear how you’re reacting to what you learn, let them hear your wit, let them hear when something makes you sad or strikes you as odd. Just as in writing, you can take some liberties in style and find your voice while maintaining your commitment to the values of journalism.

David Greene is co-host of NPR’s Morning Edition and the morning news podcast Up First. Before stints as a political reporter and foreign correspondent for NPR, he reported for the Baltimore Sun.