Friends don’t let friends use snowclones (like this one) 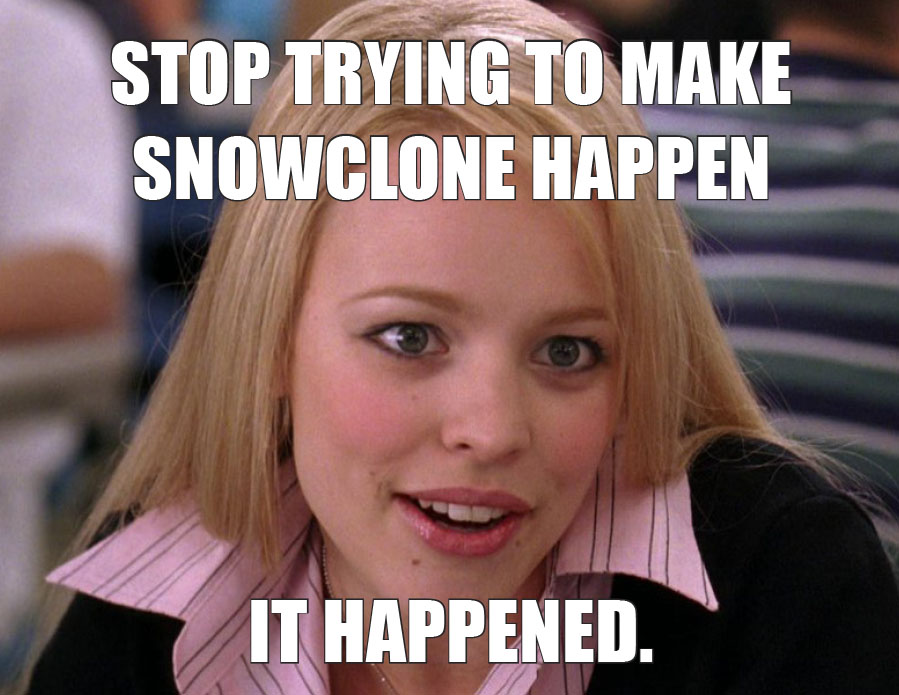 Can you find the snowclone in this Mean Girls meme?

It’s too late for that.

A snowclone is a fill-in-the-blank template based on a familiar, often elderly phrase, such as “To X or not to X” or “This is your brain on X.” Journalists adore snowclones, especially in display text. Though snowclones can be clever, most serve as crutches that prevent us from formulating more-original constructions.

Both the definition of the phenomenon and the term emerged from the linguistics site Language Log in the early 2000s, and refer to the statement that Eskimos have multiple words for snow. (Also, say Inuit, please.)

Here’s an example: “As the Eskimos were said to have seven words for snow, today’s Americans have a near-infinite vocabulary for gradations of awkwardness — there are some six hundred entries in Urban Dictionary.” That’s from a 2014 New Yorker article. (h/t Language Log.)

This specimen is courtesy of the Belfast Telegraph, in 2018: “If the Eskimos have 50 words for snow, does Northern Ireland need 50 words for forgive?” (Apparently so.)

Snowclones typically derive from movie/book/TV show/play/song/ad catchphrases or titles, which can leave readers who don’t get a reference feeling confused or alienated. And some — let’s call them “orphan snowclones” — allude to works well past their expiration date. If you were born after 1990, “Desperately Seeking Salad” is just a gratuitously alliterative headline for a story on food deserts.

The below graph charts the occurrence of the classic snowclone “Xs and Ys and Zs, oh my!” (as in “Lions and tigers and bears, oh my!” from The Wizard of Oz) in three media outlets’ headlines from 2007 to 2018. 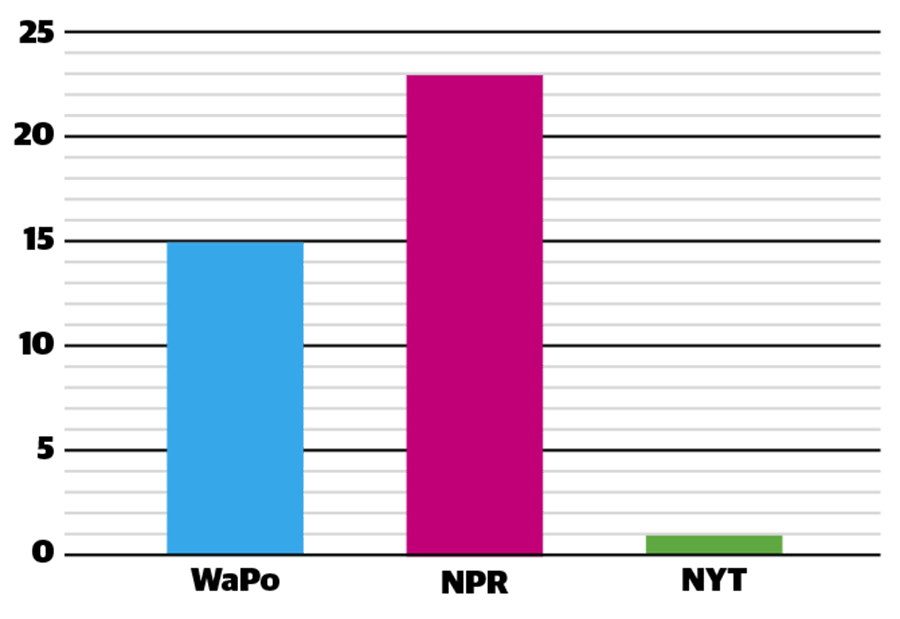 Even though NPR generates fewer headlines than The Washington Post and New York Times, it has the questionable honor of leading the group in this niche metric. (Sources: ProQuest, npr.org, NPR archives)

This particular template shows why snowclones are so seductive. Got three disparate elements and a fast-approaching deadline? List them and stick “oh my!” at the end.

A snowclone can be a worthwhile use of words. “The Lionized Tigers Are Bears — Oh, My! How Experts Missed Wildly on Asia” was a brilliant headline in the pre-SEO era. Conversely, when “Jugglers, puppets, artists, oh my” accompanies a story on an arts festival, the writer’s ambivalence and/or fatigue is agonizingly evident.

Before you employ a snowclone, ask yourself:

After all, if the Inuit have 50 words for snow, surely journalists can come up with as many alternatives to snowclones.