Should you write a question headline? It depends … 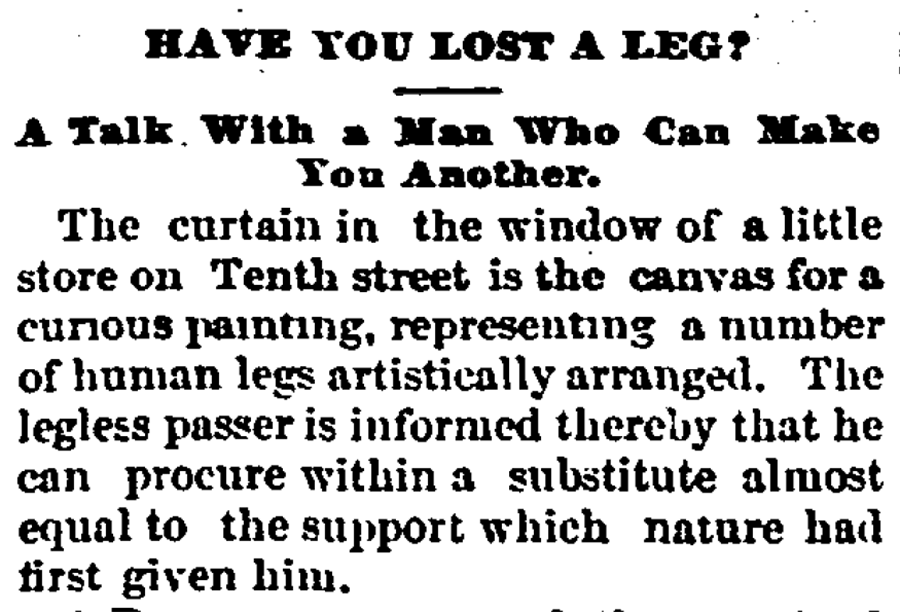 This 1885 Washington Post headline was probably answered “No” by most readers.

Betteridge’s law of headlines, coined by journalist Ian Betteridge, states that questions in headlines can always be answered with “no.”

Some can be answered with “yes.”

Other question heads can be satisfied with a simple phrase. To which a reader might well say, “Just tell me the answer in the headline and let me get on with my life.”

But question headlines are so versatile and easy to write! say you. We say: There are right ways and wrong ways to do them.

Consider the headlines tweeted by Saved You A Click, which exposes the inanity of both clickbait questions and statements that are essentially questions without the question marks (“You’ll Never Guess What This Festival Celebrates,” “Here’s How Much Prison Time Lori Loughlin Is Actually Facing”).

Question headlines are not a recent phenomenon. While the Acta Diurna almost certainly never asked “Conanturne Augustus Liviaque concipere infantem secundum?” (“Are Augustus and Livia Trying for Baby No. 2?”),* we do know The Washington Post was a fan in the late 1800s. Here’s some primo Gilded Age clickbait, along with answers to the queries posed:

Who Was Murdered? (1886): Someone near North Capitol and I streets screamed “murder!” and that’s all we know.

Who Is William Hosea Ballou? (1895): President of the American Humane Association.

Is the World Growing Better? (1889): It will be if monopolies are destroyed and taxes are reduced!

Back in the 21st century, readers don’t respond well to questions in headlines, according to a Chartbeat analysis of A/B tests. The question mark itself may be the issue, because users seem to like interrogative words such as “what,” “where” and “how” when used in statements.

NPR data on question headlines also come from A/B testing, albeit on a much smaller scale than Chartbeat’s. Let’s look at some recent tests and what we can learn from them:

Answer: No. Also, this headline is alienating to the non-Fitbit-aware — you have to know the significance of 10,000 steps to make sense of it. In the winning headline, you don’t have to know why 10,000 steps are mentioned, because the second half explains it.

Winner: 10,000 Steps A Day? How Many You Really Need To Boost Longevity

This promises to challenge conventional wisdom of fitness trackers. Adding context to question heads makes them less mysterious but still seductive. If you ask a question, tell the reader what they’re getting into.

Classic Books Are Full Of Problems. Why Can’t We Put Them Down?

There are a number of issues here. “Classic” can mean A LOT of things. “Full of problems” is similarly vague. And who’s this “we” who can’t put them down?

Winner: Dr. Seuss Books Can Be Racist, But Students Keep Reading Them

Ohhh, the classics are Dr. Seuss books, the problem is that they can be racist and the people who can’t put them down are students. The moral is to be specific — whatever kind of headline you’re writing.

Why Do Mosquitoes Prefer Biting People Infected With Malaria?

Winner: What You Learn When You Put Smelly Socks In Front Of Mosquitoes

Heavy School Backpacks Are Against The Rules In India. How’s That Going?

Though it doesn’t have a yes-or-no answer, this question is not terribly compelling.

Winner: You Think Your Kid’s School Backpack Is Heavy? See What’s Going On In India!

Parents (or anyone with a heavy backpack) will relate, and the second part of the headline contextualizes the question.

Let’s review. If you cannot be dissuaded from writing a question headline, ponder these guidelines:

*Thanks to Dr. Judith Hallett, Professor Emerita of Classics, University of Maryland, for the Latin translation.