How to decide what to cut (or not) in an interview 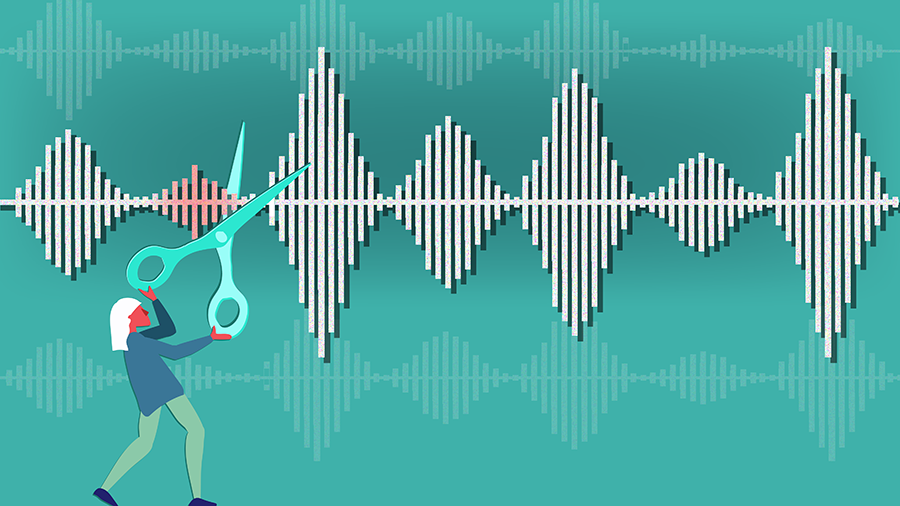 When NPR host Steve Inskeep interviewed Tania Culver Humphrey about her story of being sexually abused as a child, she had a lot to say.

The alleged abuser was her father, Ellsworth Culver, co-founder of Mercy Corps. He maintained a public role at the Oregon-based global charity until his death in 2005, even though Humphrey first brought her allegations to the organization in the early 1990s.

Given the sensitivity of the subject and that Humphrey had been disbelieved for so long, the Morning Edition production team decided before the interview not to not hurry or limit the conversation.

“We agreed to let her speak,” said segment editor Steve Tripoli. “The whole thing was about her finally having a voice, and as a result we had an extraordinary amount of tape.”

The conversation with Humphrey and Oregonian staff writer Noelle Crombie, who led a 10-month investigative effort into the scandal, lasted an hour. Tripoli and producer Marc Rivers were faced with the task of condensing it to seven minutes to fit the Oct. 18 show segment.

It’s no secret that pre-taped interviews on public radio are edited, sometimes considerably. Short silences and stumbles are “cleaned up.” Digressions or parenthetical remarks within an answer are removed in what are called “internal edits.” Often entire blocks of Q&A are excised. The cuts are made to bring the conversation down to time and present it in its most compelling form.

But even as the Morning Edition team that taped the Humphrey interview worked to take out ums and ahs and long sections of conversation, they chose to leave in a number of pauses.

One was nearly four seconds long — an eternity for a national radio broadcast. Another came when the interviewee choked up and Inskeep told her to take a moment, saying, “I’m sorry to have to ask all these questions.”

Tripoli said he felt that, especially in this case, the pauses added context and “displayed her emotions and feelings about what had happened to her,” and about Mercy Corps’ response.

Deciding what to take out and what to leave in is essentially an editorial call. Journalists are deciding what is relevant, and at the same time what is worth listeners’ time.

So, how true does the aired segment have to be to the original conversation?

This question came up at a workshop for editors at the June 2019 conference of the Public Media Journalists Association (formerly PRNDI), led by Alicia Zuckerman of WLRN in Miami, Phyllis Fletcher of APM Podcasts, Kelsey Proud of WAMU in Washington, D.C. and former NPR trainer Alison MacAdam.

Some editors with a background in print news noted that in radio reporting there is no ellipsis, which signals to the reader that words have been removed from a quote.

Craig Carper of Virginia Public Media said there was a move at his station a few years ago for a “no internal edits” policy.

He pushed back, because he worried such a restriction would have complicated VPM’s coverage of a local election campaign in which one of the candidates “was incapable of communicating complete thoughts in one sentence.”

Not being able to cut the tape “would essentially have meant that we couldn’t use sound bites from this candidate,” though Carper conceded it was a tradeoff, because the interviewee came across as more coherent in edited form.

Editors at the workshop all agreed that cuts should preserve the meaning of what was originally said. Most said they would change the order of questions if it made the interview clearer, again without changing the meaning.

Daniel McDonald of WRGC in Georgia remembered one case “when I took two similar — almost redundant — questions/answers and used the more direct question with the more direct response.”

Regarding internal edits, he tells his production assistants “that you have to listen critically, make sure you’re not wiping away a nonverbal clue to the speaker’s meaning or intention. Sometimes the silence speaks volumes. Sometimes the ums, false starts, etc. convey an emotion that says more than the words.”

Are there rules governing the practice? NPR’s Ethics Guide says that any editing of a discussion with a guest must be “true to the meaning of their words,” but that leaves a lot open to interpretation.

So here are some general guidelines:

This refers to removing ums and ahs, as well as stumbles and pauses, from an answer. Most of the time this is fine, as long as you are not removing something that suggested the interviewee was reluctant or unable to respond to a question. But cleaning up too much could yield unnatural-sounding, rapid-fire conversation, so you may want to choose some internal edits to leave in. Remember, you are doing this primarily as a service to the listener, not to make the guest sound better.

It’s OK to cut parenthetical remarks or digressions, as well as entire questions and answers, as long as essential context remains and the meaning is not altered in any way. “No one we interview should be surprised by what they hear or read themselves saying,” says NPR’s Ethics Guide.

This is also OK, as long as the same standard is maintained — that the meaning is not changed. Be careful not to move an answer ahead of another one that contains necessary first-reference context.

What you never cut

NPR does not clean up presidential remarks. We leave in ums, ahs, everything. We don’t even shorten pauses. This also applies to vice presidents and, during election campaigns, to the two major parties’ nominees for president, once they are determined.

The guidelines above also apply to hosts. It’s OK to clean up their speech, but not alter the question.

Edits are ultimately judgment calls. But Zuckerman of WLRN, who is also president of PMJA, says editors and producers shouldn’t take the easy road and let interviews run longer than they should.

“We have to think about why people come to us, versus other things they could be doing,” she said. “If people are bored listening to us, then there’s no point in doing what we do.”

Our goal should be to distill the essence of the conversation in a way that is truthful and listenable. I liken it to photography. A photographer will go out and shoot a bunch of frames and then choose the one that captures the moment.

In terms of manipulating the audio, I come down on the side of the less you do the better. I will flip questions and even combine two into one if it helps with comprehension, but I try not to overdo it. I think we all know when we are being truthful and fair while making a cut and we should let that guide us.

Being truthful means leaving in moments where the interviewee is struggling for an answer IF it has to do with the subject matter, but not if they are simply not very articulate. Even when I do cosmetic edits to clean up an answer, I may also leave in some stammers and “ums.” We don’t want the conversation to sound too pristine or it doesn’t sound like a conversation.

I have edited thousands of two-ways in my time at NPR and no one has ever complained about the way they came across on the radio. If anything, they usually comment on how good we made them sound. Of course! We’ve cleaned up their answers and made them appear much more succinct than anyone ever does in real life. That’s all part of the conceit of what we do, and I think our listeners understand this.