Triage your fact-checking: a method (and board game)

As a reporter or editor, you’re told to confirm every fact. If you spend hours triple-checking even the most plausible tidbit of non-controversial information, though, you might never get the story out.

So, to help you think about journalistic accuracy, we’ve developed a fact-checking triage method.

Fact-checking triage doesn’t mean not checking certain facts. It’s a framework for making quick decisions about what to confirm, cut and/or attribute.

The method is encapsulated on this four-quadrant card, which we use in our fact-checking training sessions: 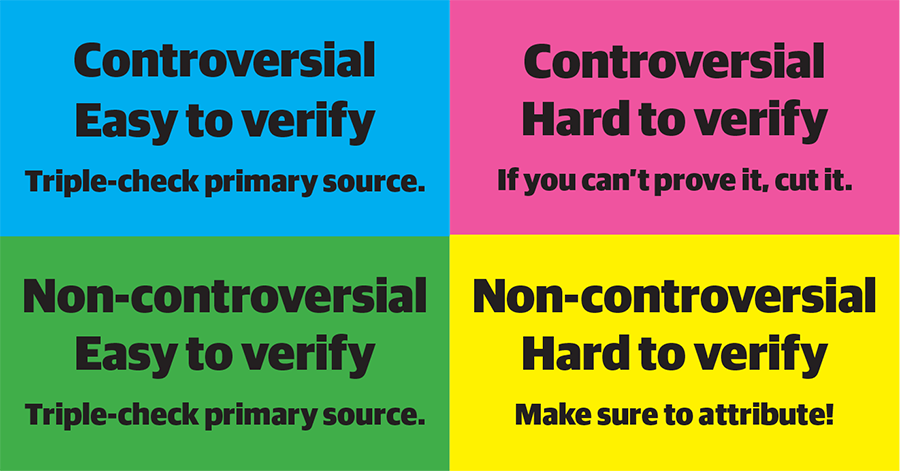 Controversial, easy to verify: This is the same as above. Gun statistic from a new study? Check it against a primary source. Check it again. Check it one more time for good measure. (That is, assuming you’ve done your due diligence and it’s a robust study, a reliable source, and so on.) And attribute it.

Controversial, hard to verify: If Barry tells you his niece is an off-the-grid civet farmer in Maine, decide if this information is worth plunging into the Maine wilderness to prove, or whether you should just cut it. As above, it depends on what your story is about. (And on your travel budget. And tolerance for pungent nocturnal mammals.)

Print the card in all its two-sided, four-per-page, full-color glory.

Once you decide in which quadrant your fact falls, consider these additional questions:

To illustrate the challenge of categorizing a fact, we made this board (get the full-size PDF) for fact-checking training sessions. Have your journalists put different facts (we’ve provided some here) on the grid and compare the results. Or show a few facts to the group and let your rapt audience members decide where to put them. 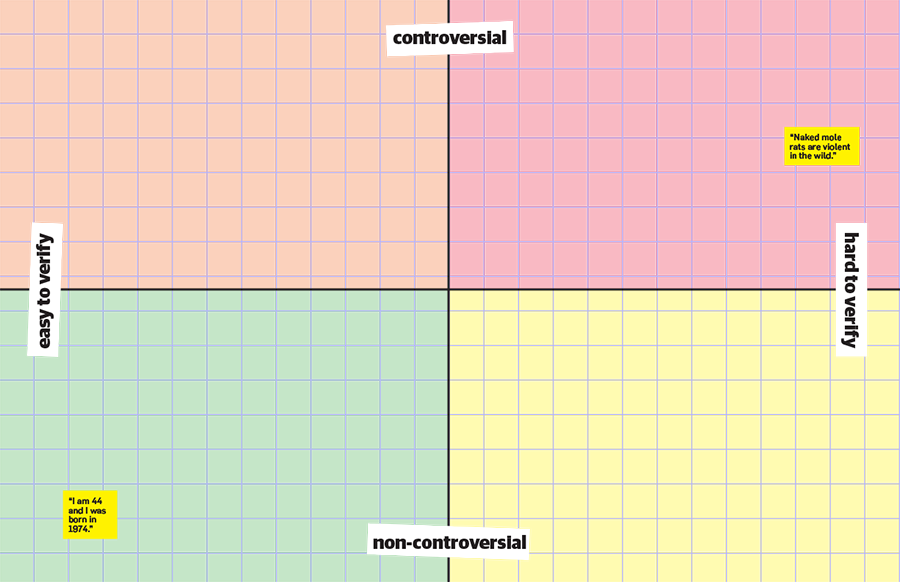 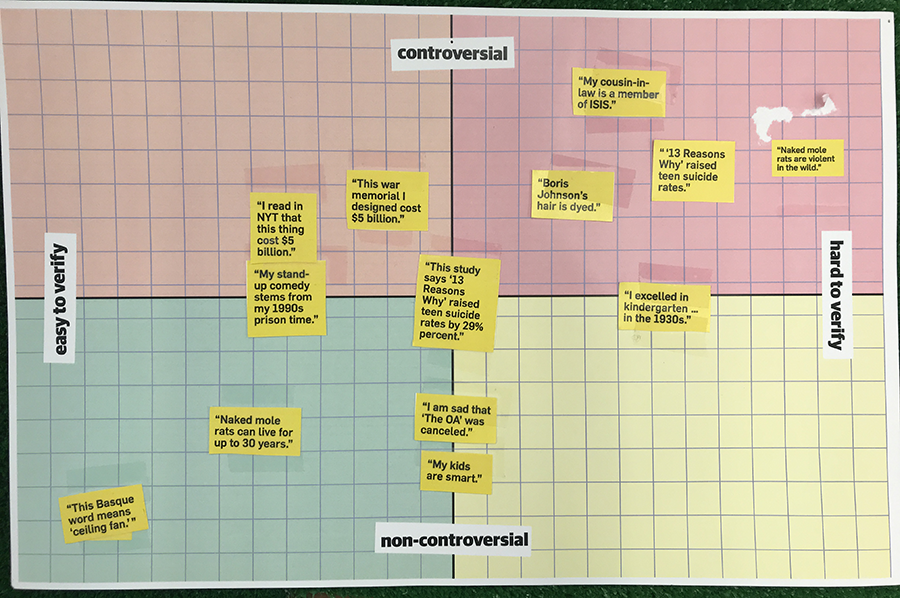 Ideally, you could check every fact until it reaches virtual infallibility. But this is not an ideal world — or, at least, it won’t be until journalists achieve god-like omniscience.