Professional sound from a DIY studio: It can be done! 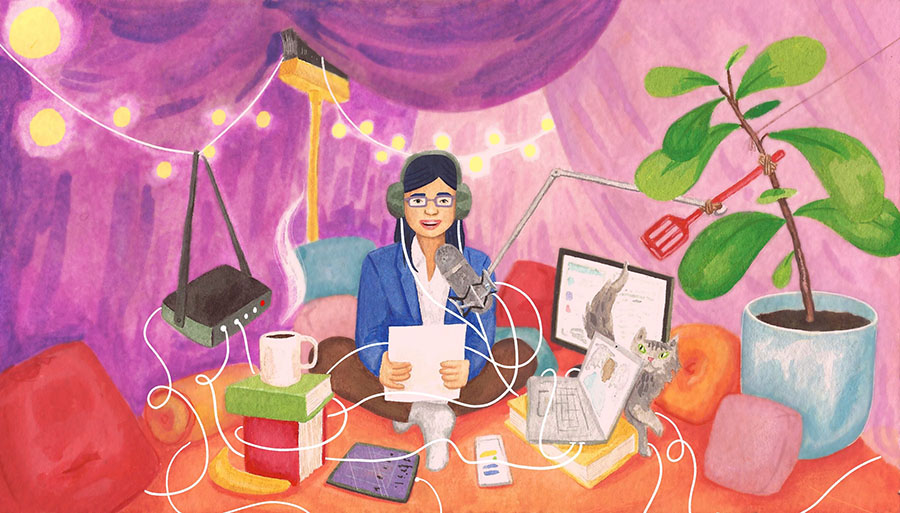 Your station’s studio, with its suspended microphones and sublime acoustics, is on lockdown. You’ve read how NPR correspondents create makeshift studios and report from home.

Now you have your own setup at home and you want it to sound professional.

Here are some tips on how to do it, starting with your microphone.

Make sure you have a good mic level

The mic you have at home most likely is not as sensitive as the one in your studio, and that’s both good and bad. Your mic probably won’t pick up as much paper-rustling, but it may take a little more finesse to optimize its sound.

Test your mic out for the optimal distance

If you have a shotgun mic (the long, skinny kind with venting on the sides), it will sound better a little farther away than you may be accustomed.

Start at about 1 to 1.5 feet away. If it sounds roomy or reverby, get a little closer. If it sounds boomy, muffled or bass-heavy, you are too close.

The shotgun microphone narrowly focuses on whatever is directly in front of it (even sounds at a distance), rejecting sounds from the sides and the rear. That means it will sound bad if you move your head and pivot away from the mic’s axis, especially if you are close in.

So keep still. It may take getting used to, but it’s crucial. By way of comparison, many studio mics pick up almost everything out to a 90-degree angle of the mic axis. Here’s a comparison of shotgun vs. studio mic sensitivity: 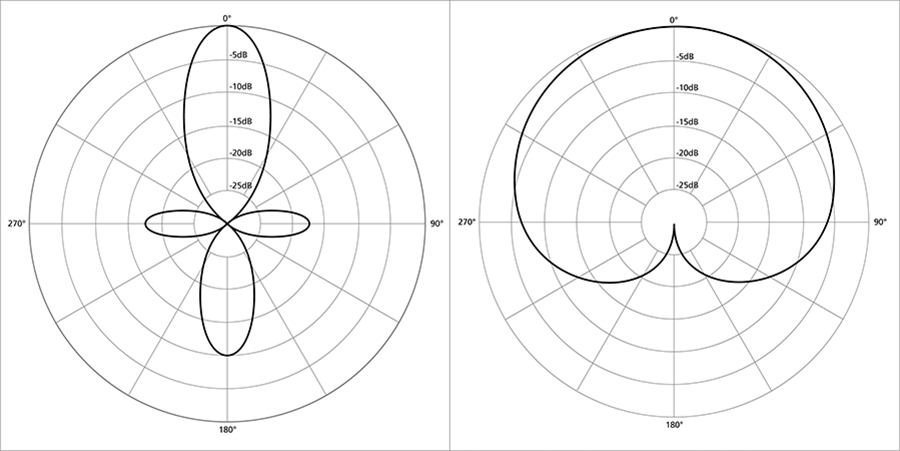 If you have an omnidirectional mic, there will be less of a boost of low frequencies or boominess as you get closer to the mic. So you will benefit from positioning it closer, particularly because an omni pickup pattern, as the name suggests, picks up sound evenly from all around it, resulting in less rejection of the echoey sound of the room. It will still be susceptible to plosives, so avoid speaking directly into the mic at close range. 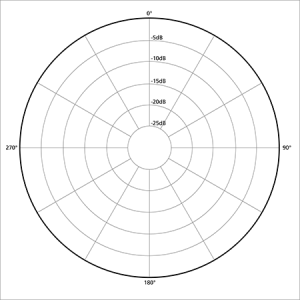 The sensitivity pattern for an omnidirectional mic. (Wikimedia Commons)

Do a sound check

Wear headphones! Spend a few seconds listening closely for background noise. Test your “p-p-p-p-p-p” sounds. Having a producer or engineer on the phone or Skype is not like having them listen in the studio. This is your job now. Make a test recording and play it back: Things sound different when you’re just listening, as opposed to when you’re trying to listen while talking. And if you’re recording an interview or phoner, don’t forget to listen to the sound at the other end for plosives, harsh sibilance, etc. BE BOSSY! Tell your guest to make adjustments to make YOUR recording sound better!

Think about the acoustic environment

The environment may also influence the sound of your voice on a psychological level. People tend to whisper or talk more quietly in small spaces, and raise their voice in larger spaces. Pick a space where you can give a full, confident delivery.

Are there noisy things around you? An air conditioner or fan? A refrigerator? Buzzing light fixtures? (Be particularly wary of fluorescents.) Pause for a moment and just listen in silence. Is it actually silent? Turn off noise sources while recording if possible. (But don’t forget to plug the fridge back in when you’re done!) Or choose a room farther away from these noises, and close the door.

Comforters and heavy blankets work great to hang over windows and doors.

Don’t waste your money on expensive open-cell foam “acoustic padding” — tests show that it barely does anything. If you want to spend money treating your home studio, buy foam insulation from the hardware store.

Don’t put pillows, blankets or anything else behind the microphone. It will sound better if you give your mic at least 2 feet of space from the back.

On that note, give your mic space to breathe — don’t position it up against a wall, and especially not in a corner. Off-axis coloration makes reflections that make the audio sound bad!

Andie Huether is a broadcast recording technician at NPR.