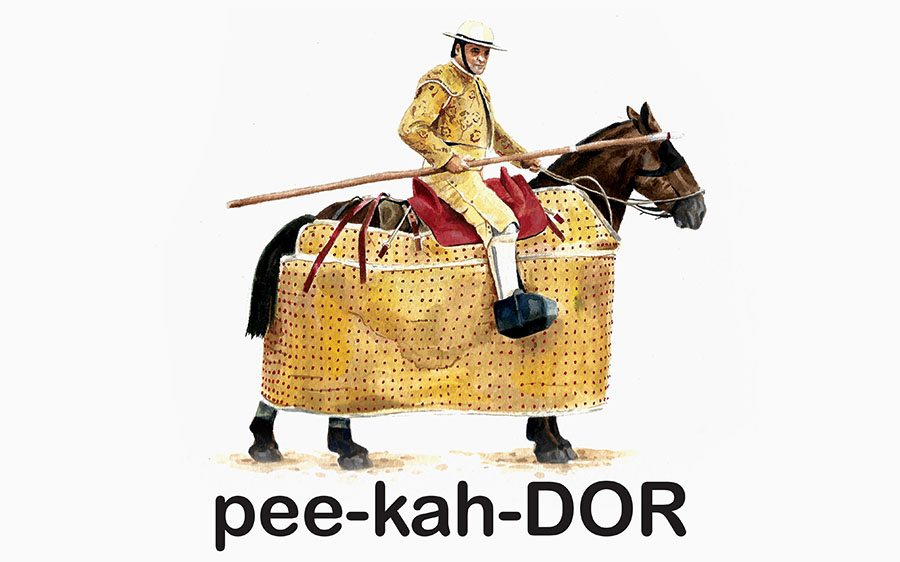 Last year, I wrote about how to say foreign names and places on the air. I offered tips and resources on correct pronunciation in any language.

But recently I heard a piece about a Central American man named Jesús. The reporter got the letter sounds right — he pronounced the “j” like the “h” in English. But he got the emphasis wrong. He stressed the first syllable like in English, so it came out “HAY-soos” instead of “hay-SOOS.”

Proper pronunciation shows respect for our audiences. Around 40 million people in the U.S. speak Spanish at home, according to the U.S. Census. That’s almost as many Spanish speakers as there are in Spain.

So could the reporter’s mispronunciation have been avoided? Yes, easily. That’s because, unlike in English, the rules for accentuation in Spanish are consistent and simple to learn.

Is there an accent? Yes.

Spanish accents are always over vowels, so stress the syllable that contains the accented vowel.

Is there an accent? No.

Stress the penultimate syllable (even if the name only has two syllables):

Like when a word gets the adverbial “-mente” ending. The diacritical mark stays where it was in the original word, but then you follow the rules as though it’s not there.

But that’s about it. Spanish is a very rule-bound language.

Still, it’s worth knowing that accent marks can also be used to break a dipthong into discrete syllables. The rules of stress remain the same.

And when there’s only one syllable, the accent makes it an entirely different word.

For example, these are stressed on the penultimate syllable:

And these have accents that stress the last syllable:

Keep in mind that the above rules don’t necessarily apply to Hispanic names in the U.S., where many immigrants over the years dropped accents from their names. Blame American typewriter keyboards!

For example, the surname Fernandez is stressed on the middle syllable: <fer-NAN-dez>. In Spanish-speaking countries it would have to have an accent — Fernández — otherwise the last syllable would have to be stressed.

Finally, not all people in Latin America have Hispanic names. That’s because, just like the United States, immigrants arrived there from all over the world.

So if you have a Spanish name or word in your script, figure out which rule of stress applies to it. It will help you sound authentic on the air, and your Spanish-speaking listeners will appreciate it.