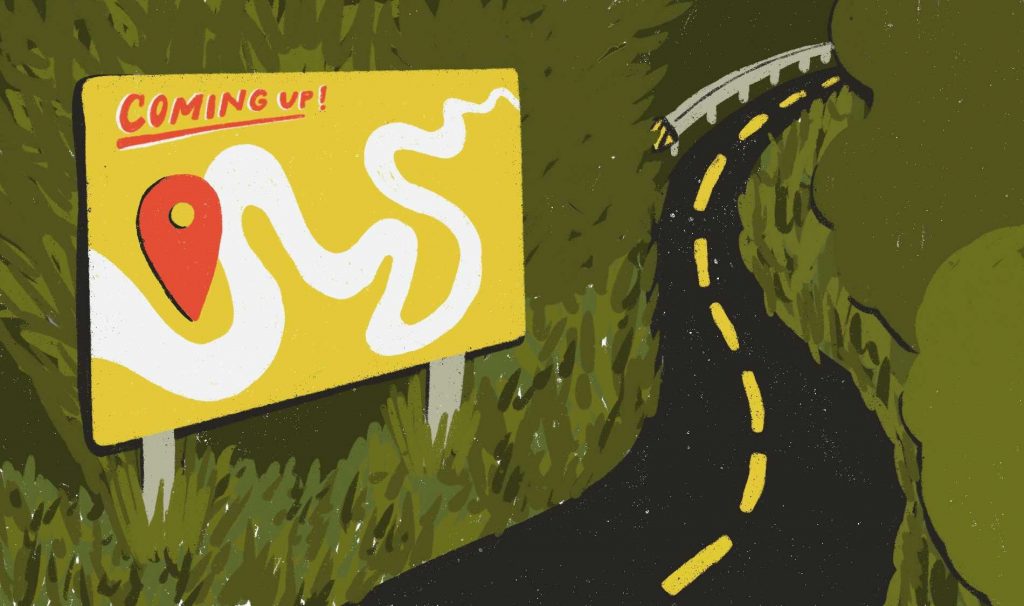 The nut graf tells the reader what’s ahead. (Chelsea Conrad for NPR)

A compelling lead is not enough. No matter how dramatic the news or how poignant the anecdote, digital stories need a statement, made without delay, that reveals the point quickly and all at once, and tells the reader why they should care.

This statement is called the nut graf. That’s “graf” as in “paragraph,” “nut” as in “kernel” or “nutshell.” (Many blame the Wall Street Journal for the coinage.) It’s a print convention that has, unlike the inverted pyramid and the women’s page, aged well. It tells the impatient reader where they’re headed, which is essential to keeping them as engaged as possible for as long as possible. It’s the second paragraph at the earliest, and shouldn’t fall beyond the fifth.

Nut grafs and leads work together — some duos better than others. (Caveat: In a straightforward, breaking news story, the lead will do the nut graf’s work, too.) Try these tasty pairings; nut grafs are in bold type.

When the story is a fresh take on the news

You don’t have to lead with the news, but if you do, consider something a little more artful than repeating what happened. The story below was published two days after the Johnson & Johnson vaccine was approved. The lead references the news peg while not re-stating it.

The nation has a third weapon to wield against the coronavirus, and this one doesn’t need to be kept frozen or followed by a booster shot.

Those attributes of Johnson & Johnson’s coronavirus vaccine, which gained regulatory clearance on Saturday, promise to help state and local officials quell the pandemic. First, however, they will need to determine its place in an expanding anti-virus arsenal, where it joins vaccines with sky-high efficacy rates that are still in short supply.

Decisions to send the shots to harder-to-reach communities make practical sense, because Johnson & Johnson’s single-shot vaccine is easier to store and use. But they could drive perceptions of a two-tiered vaccine system, riven along racial or class lines — with marginalized communities getting what they think is an inferior product.

When the story will counter or challenge the lead

Set up the twist by stating what’s happening first, then using a “but” nut to show why the statements in the lead are counterintuitive (to some readers, anyway) or controversial. Readers need to orient themselves to what’s known before you veer into what’s not.

Many of the liberals who say Justice Ruth Bader Ginsburg made a terrible miscalculation when she decided not to retire are now urging Justice Stephen G. Breyer to step down and let President Biden nominate his replacement.

The justice is 82 and has been on the court for nearly 27 years. In almost any other line of work, he would be well past retirement age. Justice Ginsburg’s death in September allowed President Donald J. Trump to name her successor and shifted the Supreme Court to the right.

“Breyer’s best chance at protecting his legacy and impact on the law is to resign now, clearing the way for a younger justice who shares his judicial outlook,” Erwin Chemerinsky, the dean of the law school at the University of California, Berkeley, wrote in The Washington Post this month.

But scholars who have studied justices’ decisions to leave the court said they had their doubts about the wisdom or effectiveness of such prodding.

—”Some liberals are urging Justice Breyer to retire. This is why he might resist,” New York Times, May 17, 2021

Note: The word “but” can almost always be cut with no ill effects. (Try it above!) You don’t need to sub in “though,” “yet” or “however.” Promise.

When you want to trick the reader

Say hello to the misdirection lead/nut graf duo, often found at the top of feature stories.

Vaccines delivered by drones and by burros. People who shout about the danger of vaccines and refuse to get a jab. Public health campaigns to convince the vaccine hesitant. Public criticism of a failure to provide vaccines for lower-income countries and marginalized populations.

These are all part of the unprecedented world vaccination campaign now going on.

They’re also the hot-button topics that go back to the very first vaccine — for smallpox in 1796.

When you don’t want to give it away too early

Unlike hard-news leads, the nut graf doesn’t have to spoil the ending. In the below analysis, the nut graf reveals the path of the piece, but not the terminus. That said, use with caution. If you’re writing about a study, you do need to reveal whether chocolate/coffee is healthy/sickening in or before the nut graf.

As we approach President Biden’s 100th day in office at the end of this month, some observers are flattering him with comparisons to two legendary Democratic presidents of the 20th century — Franklin D. Roosevelt and Lyndon B. Johnson.

Those names reportedly came up when historian Jon Meacham convened a group of his colleagues at the White House in early March for a private session with Biden. And since then, the aptness of comparing this new president to such transformative figures of the past has become a matter of some debate in Washington and beyond.

The sheer scale of Biden’s spending and change agenda finds its analog only in the early achievements of FDR and LBJ. But which of those administrations offers the better insight into what is happening now, or what happens next?

When you can’t avoid exposition in the lead

Leading with a sweeping, obvious statement is rarely desirable. Readers know wine is ancient and Shakespeare was a good writer. When information is needed for the nut graf to make sense, start with what the story is specifically about, then dish out the exposition and nut.

When two nearly blind naked mole rats encounter each other in a dark subterranean tunnel, it could be a friendly meeting or a moment of potential bloodshed between strangers. The creatures chirp to each other in greeting — and what happens next depends on the exact sound of those chirps.

That’s because each colony of naked mole rats speaks its own distinct dialect, instantly recognizable to its members, according to a new study in the journal Science. Young pups learn their group’s dialect as they grow up, and it is part of a strict culture of conformity maintained by the colony’s queen.

“We actually think that one of the ways in which the queen maintains her control is to make sure that everyone is rigidly adhering to a certain dialect,” says Alison Barker, a scientist at the Max Delbrück Center for Molecular Medicine in Berlin, Germany.

This discovery means that naked mole rats join a small group of animals — humans, songbirds, whales — known to have linguistic variations that can reveal where they are from. And scientists interested in how language gets learned now have a small mammal that they can use to study this process in a lab.

A bad version of this would have started with the wordier equivalent of “Many creatures make noises” or “naked mole rats are weird.”

When the lead is an example of a trend, problem or issue

This classic nut graf expands an individual example into a bigger picture. You could call it the “so-and-so is not alone” graf, as long as you don’t SAY “so-and-so is not alone,” the most hackneyed transition in all of journalism. (No judgment, we’ve all been there.) Behold this example, which proves the not-aloneness of so-and-so can safely go unstated.

First, a small glass of milk and a cup of hot tea. Then some cross-stitch or crochet. After crawling into bed, she searched YouTube for the newest pimple-popping videos, which made her troubles melt away.

“I’ve woken up with my cellphone on my face because I fell asleep watching,” says Ms. Barnes, 55 years old, of Virginia Beach, Va. She retired in 2015 but says she still watches blackhead extractions and the slicing of inflaming cysts online, which are more relaxing than any sleeping pill.

Zit-popping has joined the ranks of YouTube-driven internet subcultures, turning some dermatologists into celebrities and many watchers of the videos into confessed pop-a-holics.

It’s 100% OK to interrupt an anecdotal lead with the nut graf. You can return to the anecdote after letting the reader in on what you’re talking about.

Q: Besides hard news, when do you not need a nut graf?
A. You always need one. Except when you don’t. Did you think there wouldn’t be controversy about this?