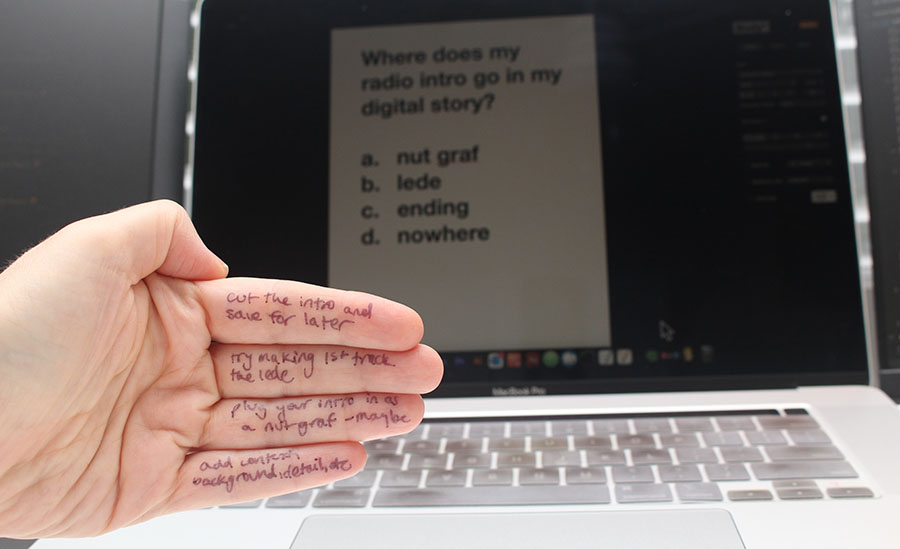 Plenty of broadcast reporters and editors think of digital as an afterthought. I used to be one of them.

In fact, that’s why I came up with this cheat sheet — I needed a quick way to turn audio stories into web pieces.

It soon became clear that without the extra newsgathering early on — the extra interviews, the additional research — the digital version would simply lack luster.

Compiling these steps helped me figure out the analogs, especially for feature stories. The intro is often the nut graf. The opening scene is a kind of lead that sometimes works in print and sometimes doesn’t. Some actualities that are great radio are not great digital.

So here’s my advice: Look at the steps below as you are starting to report your story, and then again when you’ve written one version and are getting started on the other. (Read backwards for web-to-radio.)

It’s not meant to work for every kind of story, particularly spots and pieces with unorthodox intros. But it will give you a roadmap to help your reporting shine across platforms.

1. Cut the intro and save it for later.

2. Try making the first track your lead. If that doesn’t work …

3. Try going straight to the meat and potatoes act. If that doesn’t work …

4. Find a more compelling scene or anecdote and restructure the story around that as the lead.*

5. Plug your intro back into the story as a nut graf (if it’s that kind of intro), ideally high up but after the lede.

6. Check all your quotes. Do they make sense in print? If not, find new ones.

7. Fill out your story with additional context, background, detail, voices.**

*That scene or anecdote may not even exist in your radio story (you may need to go back to
your reporting — I HOPE YOU DID MORE REPORTING!)

**Use all the interviews that didn’t make it to the story, the darlings you killed. Shouldn’t be afterthought — you should have done all the reporting already, because you were already thinking about digital and radio at the same time, right?

Or print this cute PDF! 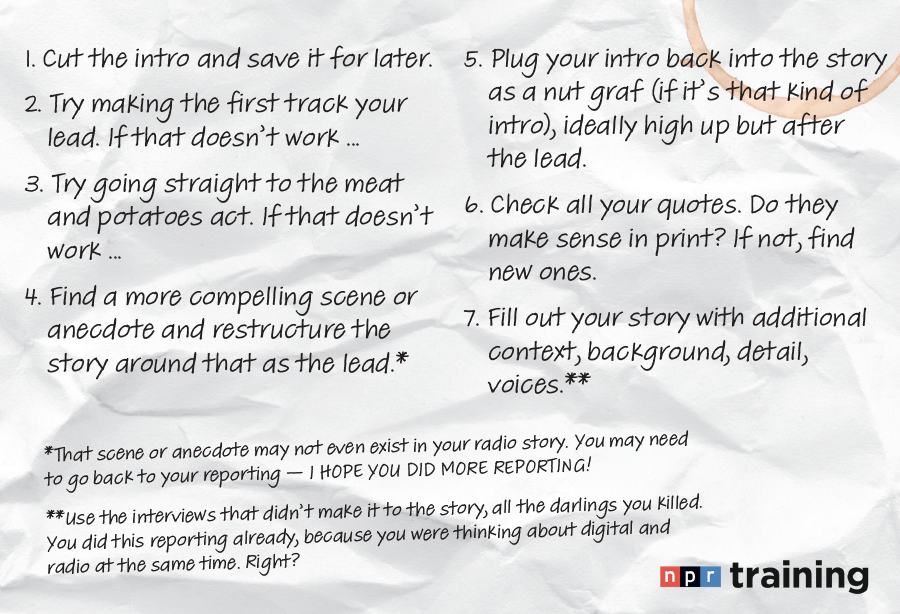