The ‘Louder Than a Riot’ team's tips for starting a podcast 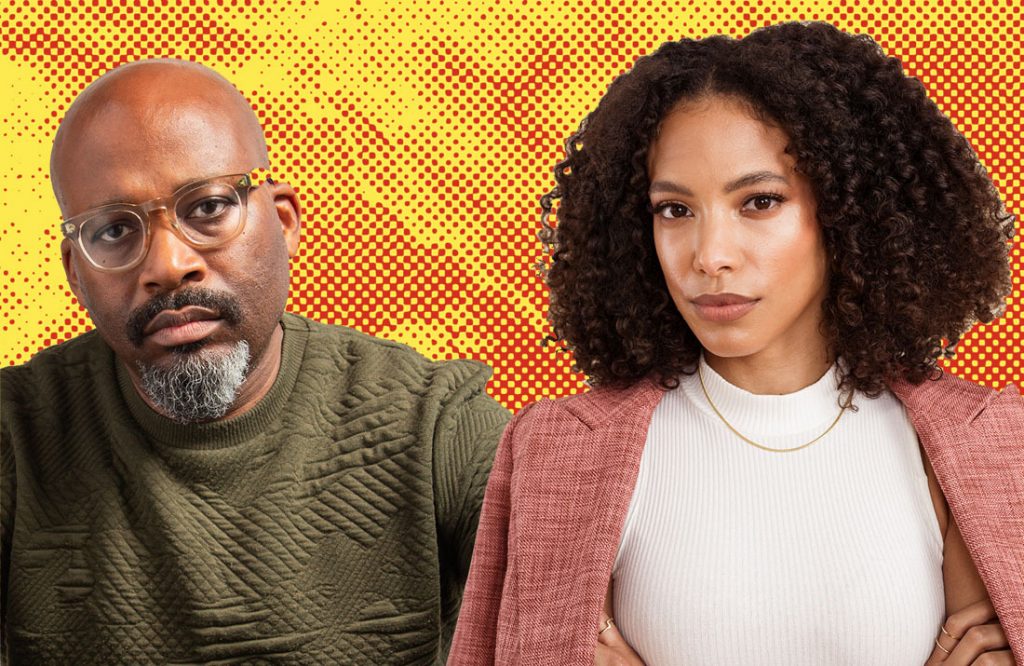 Congratulations, you think you have a great idea for a podcast. One small hurdle: So does everyone else. Spotify now hosts more than 3 million podcasts, a sharp increase from 450,000 in 2019.

So that aforementioned small hurdle is actually more like an Olympic high jump. It’s going to take more than simply coming up with an idea to break through the dense crowd of shows — even if said idea is one your mother, friends and entire church congregation think is brilliant.

For advice on how to transform a podcast idea from abstract concept to reality, we spoke with Rodney Carmichael and Sidney Madden, co-hosts of Louder Than a Riot, and associate producer Sam Leeds.

Louder Than a Riot, a narrative podcast examining the interconnected rise of hip-hop and mass incarceration, is the first podcast launch for Carmichael and Madden, who both have several years of digital and print experience.

“One of the biggest challenges moving from being a print journalist to being audio-first is finding your voice and finding a way to transition your voice from the written arena to audio,” says Carmichael.

For the record: Carmichael does indeed have a voice practically made for on-air. “Rodney is being super humble,” Madden interjects. “He has a fan club for his podcasting voice.”

You can listen to the full conversation (from an NPR Training Twitter Space) and read some of their tips below.

NPR Training · How to make a podcast, with NPR’s “Louder Than a Riot” team

Figure out why you want to tell this story — and then build your workflow from there.

Now that you have an idea, it’s time to get to the root of what your podcast is about, who you are making it for and why you should be the one to make it. Carmichael and Madden turned to NPR Training’s Project Blueprint early in the creative process to help them bring laser focus to the hip-hop narrative.

“That was really helpful to us to figure out how to communicate this huge premise in the quickest possible terms,” Madden says.

Additionally, Project Blueprint can serve as your North Star throughout the production process and define clear roles for team members.

“It really helps you set up the foundation for what the story is going to be and how you want to think about the narrative for the show,” says Leeds.

Leeds also suggests figuring out who will be writing and editing before you start working on the project. “Otherwise, you can end up in editorial meetings that go on for half a day.”

“There was a big discussion about the intention of the voice of this podcast. If this is going to be a hip-hop podcast, telling hip-hop stories — we’re going to make it sound like hip-hop. We’re not going to cater to a majority white audience,” Madden says.

Part of that voice was making sure to avoid any explanatory language. For example, Jay Z, comma, the rap mogul. “None of that,” she laughs.

When preparing for episodes on the 2014 raid at Quad Recording Studios that culminated in the arrest of Brooklyn Rapper Bobby Shmurda, there was a conversation about what to do with a soundbite referencing an MCM bag.

“Some people were like, ‘should we say what an MCM bag is or cut that line?’ I’m like, nah, if you’re from hip-hop, and you know hip-hop fashion, MCM is an iconic brand. We’re not taking out MCM bag,” Madden says.

Be honest about your time commitments.

Don’t be discouraged if you have a small production team. “I think working with a small team can be a real benefit to everyone. Because when you have too many cooks in the kitchen, it can be hard to kind of move forward with whatever your central idea is going to be for your show,” Leeds says.

While you may not need an army to launch a podcast, it is critical to understand the terrain and work smarter.

“If it’s a side project that you’re doing in addition to your day job, you might want to think about a longer production schedule, and have a really long pre-production timeline if your team is really small, ” Leeds suggests.

“I have friends who have done long-form narrative shows in their spare time with a producer, a host and an editor. And that’s it. It just really depends on how scrappy you want to be.”