When interviewing sources, transparency is the key to trust 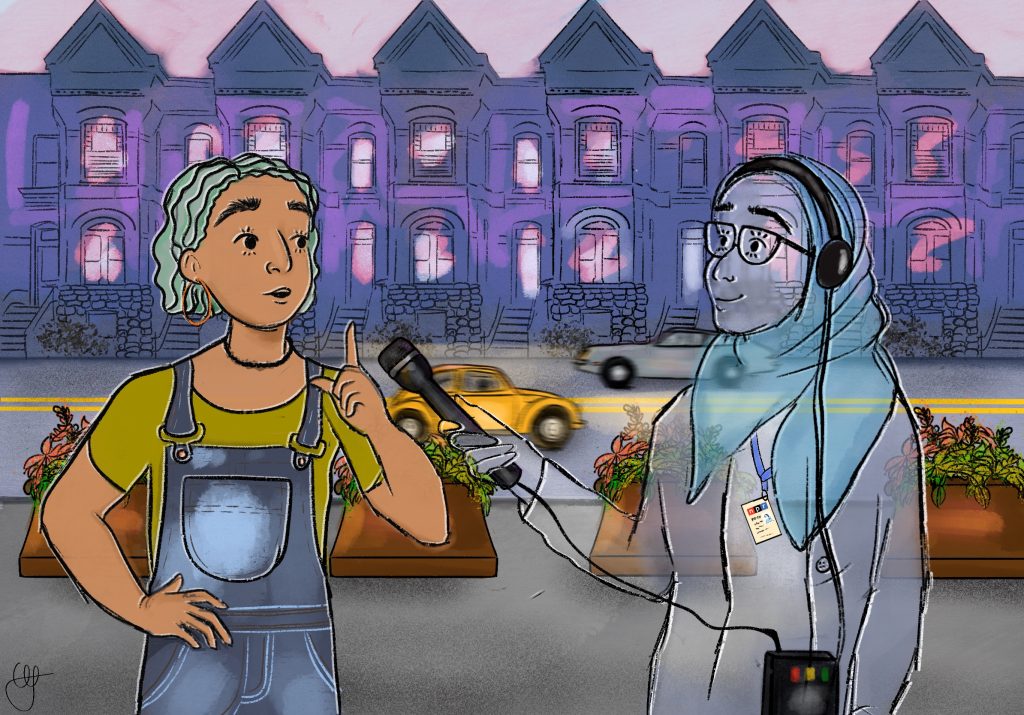 “You used that quote?” “I spoke to you for an hour and just 30 seconds aired?” “Why do you need to interview me twice?”

When interviewing people who aren’t accustomed to talking to the press, transparency is key to avoiding confusion, disappointment or even anger.

“The more frank you are with your source, the more likely it will redound to your benefit as a journalist, since you will build up a network of sources who trust you and are more likely to talk to you in the future,” says NPR trainer Jerome Socolovsky.

These best practices from NPR editors and producers will help you set clear expectations for what happens during and after an interview.

Explain even the basics

Don’t take for granted that sources know the fundamentals of how interviews work — or even what your publication is.

Lauren Migaki, a producer on the Education desk, says she’s careful and clear with the language she uses from the start. When setting up an interview ahead of time, she tells the source, “We’ll be recording from the moment we say hello.”

Malaka Gharib, deputy global health and development editor, interviews people around the world, and some haven’t heard of NPR. She tells them it’s a major news operation and explains how broad the readership is.

“If I’m interviewing someone who doesn’t speak English, I make sure the translator makes it clear to them that it’s going up on a website where people from around the world can view it,” she says. It helps to show a source npr.org.

Adelina Lancianese, lead producer for the podcast Rough Translation, tells sources in pre-interviews, “You may hear me typing/writing. I am taking notes for myself and my host/team and not recording for air. What you say will inform the story, though. Is that OK with you?”

Life Kit associate producer Audrey Nguyen lets sources know how long the interviewer hopes to speak with them and exactly what they’ll use the interview for: “We’d like to talk to you for [X] amount of time. Your interview will be cut up and woven between lines of host copy, and your voice will be featured alongside other experts. The final episode should ring in around [X] minutes.”

“I started almost over-communicating after not being clear enough with someone and disappointing them,” she says.

Migaki never promises that anything will end up in the final piece, using the phrasing, “Your interview could be on the air/online.”

Establish ground rules at the start of an interview, and give your source a chance to ask you questions.

For example, Gharib tells sources, “If there’s something you don’t want to be shared publicly but want to tell me in confidence, you can do that — that’s called ‘off the record.'”

Of course, you yourself need a clear understanding of what your organization defines as “on the record,” “off the record” and “on background.”

Also, tell the source how to request that something they say be off the record.

There are limits to transparency, though, so clarify where those limits lie. For instance, it’s generally considered verboten to let a source see a full script or a story before it’s published/broadcast.

While Socolovsky, the trainer, would not let a source see a piece in advance, he says that, if his editor allows, he’ll explain what he might use. “I might tell them at the end of an interview, usually in very general terms, which parts of what they said I’m thinking of using in the story, but emphasize that it’s still dependent on other interviews and editorial decisions.”

Need a general rule of thumb? Try this: When it comes to transparency, it will always be better to say more than you need to, rather than not say enough.