AC Dumlao is a queer/bi+ transgender non-binary activist and educator who focuses on centering and uplifting underrepresented communities. Dumlao is the chief of staff at Athlete Ally, an organization that educates athletic communities on supporting LGBTQ athletes.

They previously were the program manager at the Transgender Legal Defense & Education Fund (TLDEF) and the creator of the Facebook social justice community page “Call Me They.” At TLDEF, Dumlao managed the Name Change Project, which connects low-income trans and non-binary people with volunteer lawyers to represent them during the legal name change process. They also led TLDEF’s public and community education work and are the lead trainer for trans cultural competency presentations and workshops.

In 2019, Dumlao was named an NYC/WorldPride Community Hero during the 50th anniversary year of the Stonewall Uprising. 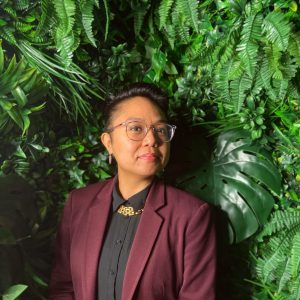 Listen to AC Dumlao on the LGBTQ Nation Podcast: