Akhil Reed Amar is Sterling Professor of Law and Political Science at Yale University. After receiving his J.D. from Yale Law School, he clerked for Judge Stephen Breyer in the U.S. Court of Appeals, then returned to Yale as a faculty member in 1985.

Amar’s work has won awards from both the American Bar Association and the Federalist Society, and he has been cited by Supreme Court justices across the spectrum in more than 40 cases.

Amar has also recently launched a weekly podcast, Amarica’s Constitution, and he’s written for The New York Times, The Washington Post, The Wall Street Journal, Time and The Atlantic and was an informal consultant for The West Wing television series. 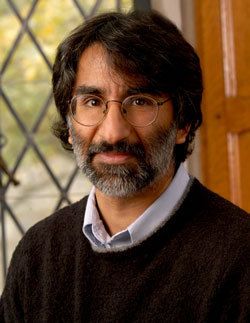 Heard on NPR: Talk of the Nation: Should U.S. Constitution Be An International Model?