Dr. Aletha Maybank is the first chief health equity officer of the American Medical Association and one of its vice presidents. Her role is to oversee efforts across the entire organization to address disparities in health care, and she leads the association’s Center for Health Equity.

A pediatrician by training, Maybank was the deputy commissioner at the NYC Department of Health and Mental Hygiene, where she launched their Center for Health Equity.

Before that, she was an assistant commissioner in the NYC Health Department with the Brooklyn District Public Health Office. There, she oversaw several centers that worked to connect community organizations, health care providers and patients in predominantly minority neighborhoods throughout New York. Maybank was also the founding director of the Office of Minority Health in the Suffolk County Department of Health Services, located in New York, from 2006-2009.

Maybank has taught medical students on topics such as public health leadership and management, and community organizing in health. She was previously the president of the Empire State Medical Association, the New York affiliate of the National Medical Association.

She also helped create the “We Are Doc McStuffins” campaign based on the popular Disney cartoon character, which aimed to inspire young African American girls to practice medicine. The group eventually formed the Artemis Medical Society. 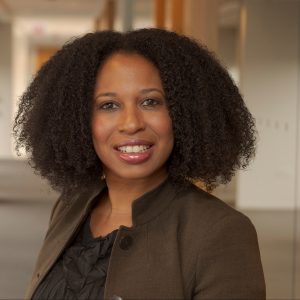