Ameer Al-Khatahtbeh is the founder and editor-in-chief of Muslim.co, an online community and media outlet created for and by millennial and Gen Z Muslims.

Since its launch in 2019, Muslim.co grew from a pitch for the Asian American Journalist Association’s Catalyst program into a platform with more than two million followers across Instagram, Twitter, TikTok and Snapchat; most of its content resides on social. Its viral infographics have covered the Yemen crisis and the contentious use of an Islamic prayer during a Savage X Fenty show.

After graduating with a bachelor’s in journalism and media studies from Rutgers University in 2021, Al-Khatahtbeh was named one of Forbes 2021 “30 Under 30.” His work with Muslim.co has been featured in Business Insider, PAPER Magazine, Religion News Service and other outlets. 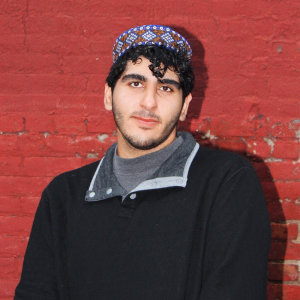 Heard on In The Know: “Ameer Al-Khatahtbeh started a media publication for young Muslims by Muslims”

Source of the Week · Ameer Al-Khatahtbeh – In the Know