Amir Muhsin Abo-Shaeer is an American teacher and mechanical engineer. In 2001, during his first year of teaching, he established the Dos Pueblos Engineering Academy (DPEA) on the Dos Pueblos High School campus. In addition to being the director of the DPEA, he teaches physics, engineering, robotics, machining and manufacturing. His focused outreach efforts have yielded 50% female student enrollment in the DPEA. He also ran First Robotics Competition Team 1717 as part of the academy program.

In 2010, Abo-Shaeer was awarded a MacArthur Fellowship for “inspiring and preparing public high school students for careers in science and mathematics through an innovative curriculum that integrates applied physics, engineering, and robotics.” 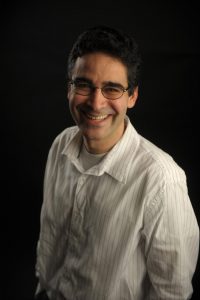