Amir Sufi is Bruce Lindsay Professor of Economics and Public Policy at the University of Chicago Booth School of Business and a research associate at the National Bureau of Economic Research. He won the Brattle Prize for Distinguished Paper from the Journal of Finance and the inaugural Young Researcher Prize from the Review of Financial Studies, and was awarded an Alfred P. Sloan Research Fellowship for economics in 2011.

He studies market trends, interest rates and their effects on economic activity. Sufi’s research has been cited in The New York Times, the Wall Street Journal, and The Economist, and he has been a frequent guest on Planet Money. In 2014 he launched the blog House of Debt with fellow economist Atif Mian. 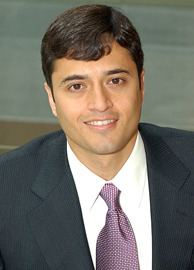