Arts and Culture, Communications and Marketing

Ana López is the director of the Cuban and Caribbean Studies Institute and an professor of communication at Tulane University. She has worked extensively with Latino cultural production in the U.S. Her work has been widely published in film and Latin American studies journals. Her scholarship and publications are focused on Latin American film, media, television, and popular culture. 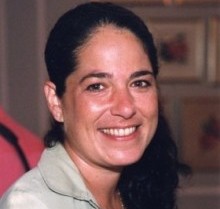 Here is Lopez on WWNO: