Anna Maria Chávez is the executive director and CEO of the National School Boards Association (NSBA). She is an expert on women’s leadership, youth development, and public policy. She serves on the board of the SCAN Foundation, a charity dedicated to improving eldercare. Chávez also created the Ban Bossy campaign to encourage young girls to lead.

Previously, she was CEO of Girl Scouts of the USA, the first woman of color to hold that position, and CEO of the National Council on Aging. She held several posts in the Clinton administration and worked for Arizona governor Janet Napolitano.

In 2016, Anna Maria Chávez was the recipient of the Congressional Hispanic Caucus Institute’s Medallion of Excellence Award. She was named one of Fortune’s World’s Greatest Leaders (2016) and honored as one of the most creative people in business by Fast Company (2014). 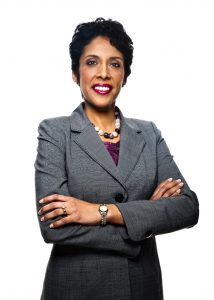