Anthea Butler is an associate professor of religious studies and Africana studies at the University of Pennsylvania.

Her books include Women in the Church of God in Christ: Making A Sanctified World (2012) and White Evangelical Racism: The Politics of Morality in America (2021). She is frequently quoted in the media and writes opinion pieces for numerous outlets. 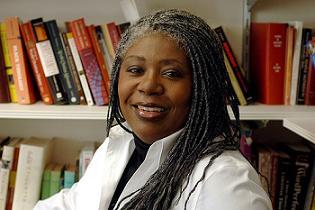