Arun Sundararajan is the Harold Price Professor of Entrepreneurship and a professor of technology, operations and statistics at New York University’s Leonard N. Stern School of Business. He is an affiliated faculty member at NYU’s Center for Urban Science+Progress and Center for Data Science.

Sundararajan’s research program studies how digital technologies transform business and society. His research focuses on crowd-based capitalism, which he believes will evolve into a dominant model of organizing economic activity in the 21st century, altering how we consume, what it means to have a job, the nature of regulation and the basis for trust in society.

Sundararajan has provided expert input about the digital economy as part of Congressional testimony and to a variety of city, state and federal government agencies. His book, The Sharing Economy (2016) discusses crowd based capitalism and new ways to organize the world’s economy. His op-eds and expert commentary have appeared in print publications like The New Yorker, the New York Times and the Harvard Business Review, as well as a variety of radio shows and TV programs. 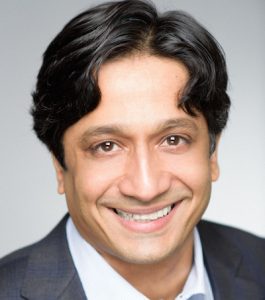 Areas of Expertise: All things digital, the sharing economy, the future of work, tech In emerging markets and online privacy