Bernard Powers is the founding director of the College of Charleston’s Center for the Study of Slavery and a professor emeritus of history at the university. He’s an expert on African American history and culture and the role of slavery in American history.

Charleston — the city where the civil war started and where 40% of all enslaved Africans brought to the United States entered the country — has long been a center of African American history and culture. And like many American cities, it also has public Confederate monuments and statues of historical figures who supported slavery and advocated white supremacy.

As of last week, the city has one less monument. The statue of vice president and slavery advocate John C. Calhoun in Marion Square — located just a block from Mother Emanuel AME, the site of the 2015 terrorist attack by white supremacist Dylan Roof — was removed on June 24 after a unanimous city council vote.

In a recent op-ed, Powers advocates for a new monument honoring Civil War-era African Americans — such as Charleston native Robert Smalls — as a replacement for the White Point Gardens Confederate memorial.

Over his 40-year academic career, Powers has published numerous books and articles including 1994’s Black Charlestonians:  A Social History 1822-1885, which examines the socioeconomic history of the city’s vibrant free Black population and the changes caused by emancipation after the Civil War. Most recently, he co-authored the 2016 book We Are Charleston: Tragedy and Triumph at Mother Emanuel.

Powers has also appeared in several documentaries, including the PBS series African Americans: Many Rivers to Cross and 2019’s Emanuel: The Untold Story of the Victims and Survivors of the Charleston Church Shooting. His current research focuses on African Methodism in South Carolina. 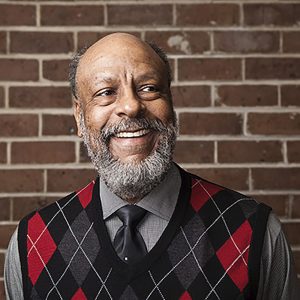