Beverly Tatum is a psychologist, a leader in higher education and an expert on the psychology of racism. Tatum is president emerita of Spelman College, a historically black liberal arts college for women in Atlanta. Before serving as Spelman’s president from 2002 until 2015, Tatum was a professor of psychology at Mount Holyoke College in Massachusetts. Prior to Mount Holyoke, Tatum taught psychology at Westfield State College and was a lecturer in Black studies at the University of California, Santa Barbara.

Tatum’s research interests include black families in white communities, racial identity in teens, and the role of race in the classroom. She has written three books, including 2007’s Can We Talk About Race? And Other Conversations in an Era of School Resegregation.

President Barack Obama appointed Tatum to the Advisory Board for the White House Initiative on Historically Black Colleges and Universities. Tatum received the Brock International Prize in Education in 2005 for her leadership and academic contributions. In 2014, she received the American Psychological Association Award for Outstanding Lifetime Contributions to Psychology. 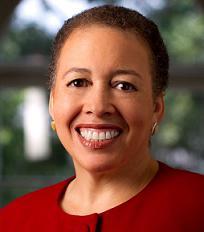 Heard on NPR: Tell Me More: Spelman And Other HBCUs Cut Back