Carla Fredericks is chief executive officer of The Christensen Fund, a nonprofit focused on supporting the rights and self-determination of Indigenous people. She’s an expert on Native American law, rights and tribal sovereignty.

Previously, she was an associate clinical professor and the director of the American Indian Law Clinic at the University of Colorado Law School. She was also director of the indigenous advocacy organization First Peoples Worldwide.

Before joining the University of Colorado, Fredericks was a partner at Milberg LLP in New York. She provided legal counsel to the Standing Rock Sioux Tribe during and after the construction of the Dakota Access Pipeline.

She’s also published many studies and papers, including Social Cost and Material Loss: The Dakota Access Pipeline, which found that backers lost at least $12 billion due to the legal battles and controversy surrounding the project.

Fredericks is an enrolled citizen of the Mandan, Hidatsa and Arikara Nation of North Dakota.

She is a graduate of the University of Colorado and Columbia Law School. 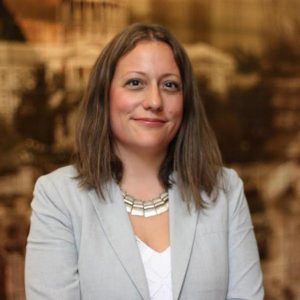