Cathy J. Cohen is the David and Mary Winton Green Professor of Political Science at the University of Chicago. Previously, she served as the deputy provost for graduate education and the director of the Center for the Study of Race, Politics and Culture. She has published two books and numerous academic articles, and her research has been cited in media outlets including The New York Times, The Washington Post, NPR and CNN.

Cohen founded and directs the Black Youth Project, an organization that focuses on empowering inner-city youth. She was a founding board member and co-chair of the board of the Audre Lorde Project in New York. Cohen was also a founding member of Black AIDS Mobilization (BAM!) and one of the core organizers of two international conferences: “Black Nations / Queer Nations?” and “Race, Sex, Power.”

In 2021, she was named a Freedom Scholar by the Marguerite Casey Foundation and Group Health Foundation. 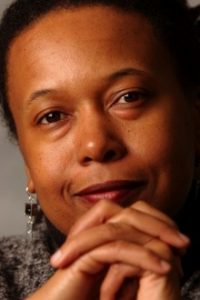 Heard on NPR: All Things Considered: Obama To Push State Of The Union Messages In Chicago