Cecillia Wang is a deputy legal director at the ACLU and the director of the Center for Democracy, which encompasses the ACLU’s work on immigrants’ rights, voting rights, national security, human rights, and speech, privacy and technology.

She is a past director of the ACLU Immigrants’ Rights Project and an expert on issues at the intersection of immigration and criminal law, including state anti-immigrant laws, racial profiling and other unlawful police practices relating to immigration enforcement. She has taught immigration law courses as an adjunct lecturer in law at Stanford and the University of California at Berkeley.

Wang has also served as a trial attorney with the federal public defender office for the Southern District of New York and as an attorney in a San Francisco law firm working on commercial litigation and white collar criminal defense. She attended Yale Law School and clerked for both Judge William Norris of the U.S. Court of Appeals for the Ninth Circuit and Justice Harry Blackmun of the Supreme Court of the United States. 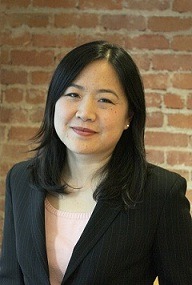