Cristina Rodriguez is Leighton Homer Surbeck Professor of Law at Yale Law School, where she focuses on constitutional law, administrative law and immigration law. She is the first tenured Latina/o faculty member. She earned both her B.A. and J.D. at Yale, and was previously a professor at New York University School of Law. From January 2011 to January 2013, Rodriguez worked in the Office of Legal Counsel in the U.S. Department of Justice as Deputy Assistant Attorney General.

Dean Robert Post of Yale Law School describes Rodriguez as “the nation’s leading theorist of immigration law.” She has written about immigration policy, civil rights and migration for The New York Times, CNN and other publications. Her book, The President and Immigration Law, was published in 2020.

Rodriguez attended Oxford University as a Rhodes Scholar. She clerked for Justice Sandra Day O’Connor of the U.S. Supreme Court and Judge David S. Tatel of the U.S. Court of Appeals for the D.C. Circuit. 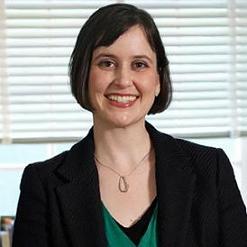