Her research has demonstrated sex differences in the disease, therapeutic strategies to prevent, delay and treat the disease and is in clinical development of the first regenerative therapeutic to regenerate the degenerated brain. She has published over 200 scientific reports. Her translational research has led to the startup NeuTherapeutics. She has been featured in media outlets and events around the world, including The New York Times,  NPR, The Atlantic, The Wall Street Journal, Scientific American, The Washington Post, Aspen Ideas Festival and Women in the World 2019 Summit.

Brinton serves on the Alzheimer’s Drug Discovery Foundation (ADDF) Board of Governors, the National Institute on Aging Scientific Advisory Board and the National Institutes of Health Advisory Committee to the Director. Her honors include the ADDF Scientist of the Year, the Melvin R. Goodes Prize for Excellence in Alzheimer’s Drug Discovery and the U.S. Presidential Citizens Medal, the highest civilian honor, for her STEM education endeavors in inner city Los Angeles. 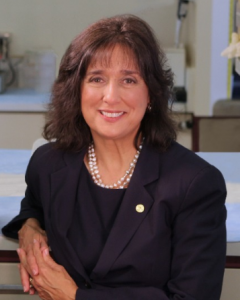 Expertise: Alzheimer’s, Aging Brain, Learning, Memory, Effects of Drugs and Steroids on the Brain, Neuropharmacology, the Biochemistry of Learning and Memory

Audio from Keck Medicine of USC: