Eddie S. Glaude Jr. is the James S. McDonnell Distinguished University Professor and department chair of African American studies at Princeton University. His most well-known books, Democracy in Black: How Race Still Enslaves the American Soul and In a Shade of Blue: Pragmatism and the Politics of Black America, look at the difficulties of race in the United States and the challenges our democracy faces.

Glaude is a former president of the American Academy of Religion. His books on religion and philosophy include An Uncommon Faith: A Pragmatic Approach to the Study of African American Religion, African American Religion: A Very Short Introduction and Exodus! Religion, Race and Nation in Early 19th Century Black America. His most recent book is Begin Again: James Baldwin’s America and Its Urgent Lessons for Our Own, published in 2020. Glaude appears regularly on Meet the Press. 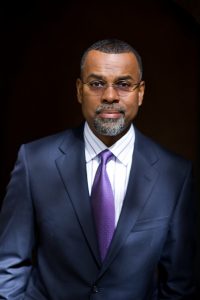