Faiza Patel is the co-director of the Brennan Center’s Liberty and National Security Program, which seeks to ensure U.S. counterterrorism laws and policies respect human rights and freedoms. Her portfolio includes projects on social media surveillance by police, schools and governments, policing and technology, and secret law. 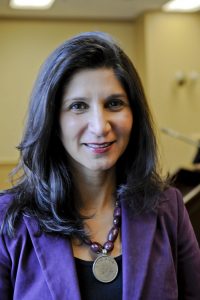 Featured on ABC Up Close: