Felicia Pride writes for film and TV, and is a director and producer. She has been a writer for two seasons on Ava DuVernay’s Queen Sugar; a writer for Grey’s Anatomy; and is the co-writer and executive producer of the film REALLY LOVE, which won a Special Grand Jury Prize at SXSW in 2020. She has written six books, including The Message: Life Lessons from Hip-Hop’s Greatest Songs, which was taught in several institutions around the country, from New York University to the Chicago Public Library system. She is founder of The Create Daily, a resource for underrepresented creators.

In 2010, Felicia launched the Pride Collaborative, a consultancy that specialized in impact and engagement for critically acclaimed films and worked with organizations like Participant Media, PBS and NPR. Pride’s consultancy also developed youth media programs, including The Walbrook Project, a six-week filmmaking workshop for Baltimore youth in partnership with the city’s library system, and a creative writing lab for the SEED School of Washington, D.C. 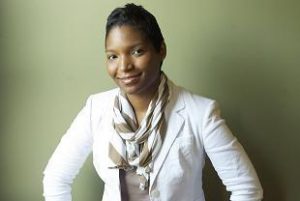 Heard on NPR: Tell Me More: Getting ‘The Message’ from Hip-Hop Lyrics