Hisham Aidi is a senior lecturer at Columbia University’s School of International and Public Affairs. His research focuses on migration and transnational movements, African migration into Europe, and race and ethnicity in Northwest Africa.

Aidi has authored several books, including the American Book Award-winning Rebel Music: Race, Empire and the New Muslim Youth Culture (2014) and Black Routes to Islam (2009). He has written extensively about African and Afro-Diasporan affairs for outlets including Africana, The New African, ColorLines and Al Jazeera. 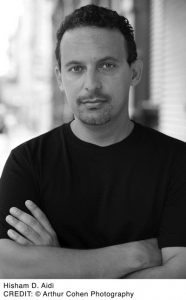