Ian Haney López is the Chief Justice Earl Warren Professor of Public Law and director of the Racial Politics Project at the Haas Institute for a Fair and Inclusive Society at the University of California, Berkeley. He is an expert on the evolution of racism in the United States since the civil rights era, with a research emphasis on the connection between racial divisions and growing wealth inequality in the United States.

His most recent book is Merge Left: Fusing Race and Class, Winning Elections, and Saving America (2019), which looks at Donald Trump within the context of political racism, and shows how to build support for a multi-racial, progressive super-majority. He’s also the author of Dog Whistle Politics: How Coded Racial Appeals Have Reinvented Racism and Wrecked the Middle Class (2014) and other works. 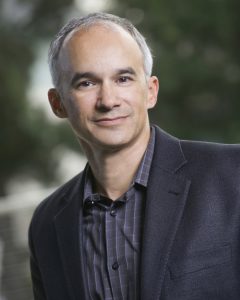 Heard on Moyers & Company: Ian Haney López on the Dog Whistle Politics of Race, Part I