Jason Johnson is an associate professor in the School of Global Journalism and Communication at Morgan State University. He is also politics editor at The Root and a contributor to MSNBC.

Johnson’s academic research focuses on political communication and campaign strategy. He has worked on both Democratic and Republican legislative campaigns in South Carolina, Maryland and Virginia. His book, Political Consultants and Campaigns: One Day to Sell, analyzes modern-day campaigns and the political consultants who run them.

Johnson also has experience in international politics. He was a campaign advisor for Frank Dobson in the 2001 London mayoral race and was an honored guest of the Independent Electoral Commission in South Africa in 2007. In 2012, he was an international elections observer in Mexico and went on a two-week speaking tour throughout Germany.

Johnson is a frequent commentator on networks such as Al Jazeera English and CNN, and he has been heard on NPR member stations MPR, WCPN and WHYY. 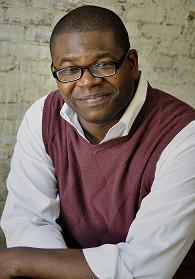