Jenny S. Martinez is the dean and the Richard E. Lang Professor of Law of Stanford Law School. She is an expert on international courts and tribunals, international human rights, national security, constitutional law, and the laws of war.

Her research focuses on the role of courts and tribunals in advancing and protecting human rights, ranging from her work on 19th-century international tribunals involved in the suppression of the trans-Atlantic slave trade through her work on the International Criminal Court and the role of courts in policing human rights abuses in connection with anti-terrorism policies.

Martinez has written extensively on national security law and the constitutional separation of powers. She is the author of The Slave Trade and the Origins of International Human Rights Law and numerous articles in leading academic journals. Her op-eds have been published in The New York Times and Washington Post, and she has been an expert commentator for both print and broadcast media. 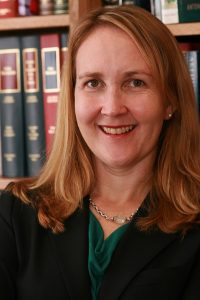