Jerry Gonzalez is the founder and CEO of the Georgia Association of Latino Elected Officials (GALEO) and the GALEO Latino Community Development Fund. Gonzalez has been named one of “Georgia’s 100 Most Influential” by Georgia Trend Magazine. GALEO’s mission is to increase civic engagement and leadership development of the Latino/Hispanic community across Georgia.

Previously, Gonzalez worked with the Mexican American Legal Defense and Educational Fund as a legislative policy analyst, focusing on immigrants’ rights issues at the Georgia General Assembly and across the Southeast. In part through his efforts, DeKalb County became the largest municipality to accept the Mexican Matricula Consular ID card as a form of identification for Mexican nationals.

During the 2010 Census, Gonzalez advocated for strong participation of the Latino community in Georgia. Gonzalez and GALEO were also involved in fighting the passage of Georgia’s HB 87, an anti-immigration piece of legislation. 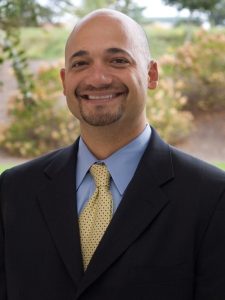