Julianne Malveaux is an economist, commentator, author and academic. She has appeared on a wide range of television networks — CNN, PBS, Fox News and others — to speak about economics and social issues. In June 2021, she was appointed dean of the College of Ethnic Studies at California State University, Los Angeles.

Malveaux was previously the president of Bennett College, a historically black women’s college. She has written several books, including Surviving and Thriving: 365 Facts in Black Economic History (2010), and has a Ph.D. in economics from MIT. 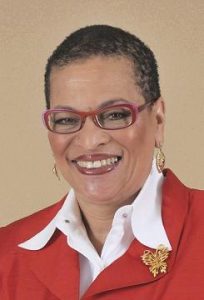 Featured on The Tavis Smiley Show: