Karsonya (Kaye) Wise Whitehead is an associate professor of communication and African and African American studies at Loyola University Maryland. She is founder and director of The Karson Institute for Race, Peace & Social Justice at Loyola and founding executive director of the Emilie Frances Davis Center for Education, Research, and Culture. Whitehead’s research focuses on the intersection of race, class and gender, particularly Black women’s history, Black lives matter, social justice and activism.

An award-winning former Baltimore City middle school teacher, she has become a prominent voice on race relations and African American culture. She is host of the radio show Today With Dr. Kaye on WEAA. She is the author of four books, including Notes from a Colored Girl: The Civil War Pocket Diaries of Emilie Frances Davis (2014), in which Whitehead examines the life of a freeborn, 21-year-old mulatto woman through a close reading of diaries she kept from 1863 to 1865. She is also a documentary filmmaker. 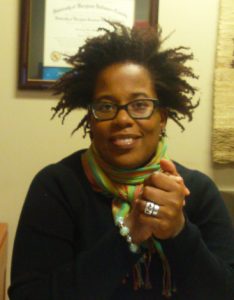 Heard on WEAA: The Marc Steiner Show: Outcome Of The Shutdown | Implementing The Affordable Care Act