Karthick Ramakrishnan teaches political science and public policy at the University of California, Riverside, and is the founding director of its Center for Social Innovation. He is an expert on immigration policy, and his research interests include political behavior, policy process, federalism, interest groups, and Latino and Asian American politics.

Ramakrishnan directs the National Asian American Survey and is the founder of AAPIData.com. He was a fellow at the Wilson Center in 2012. You can watch a series of Wilson Center interviews featuring him here.

He is the co-author of several books, including Citizenship Reimagined (2020), Framing Immigrants (2016) and Asian American Political Participation: Emerging Constituents and Their Political Identities (2001). He was featured in a piece by NPR’s Gene Demby about immigration and visa backlogs. 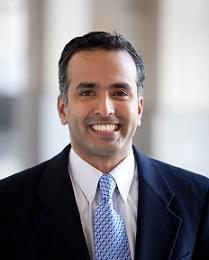